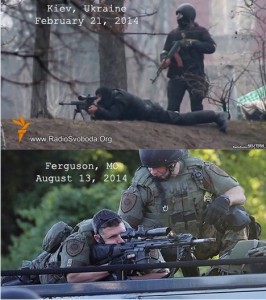 The Ebola Outbreak and Global Health

Unseating the First Horseman | The Economist

The recent Ebola outbreak in West Africa has spread alarm across the globe. The world concern has shed light on global health and the state of the health systems of individual countries. When it comes to infectious diseases and possible pandemics, prevention is key, according to The Economist. The recent Ebola outbreak should serve as “a wake-up call to governments everywhere” as evidence that the international health system is broken. “Preventing a recurrence of this tragedy will require more money and attention on global progress against infectious disease and epidemics,” according to the Bloomberg Businessweek. Looking toward a number of up-coming international summits on global health, Forbes asked some of the world’s leading voices “to paint a comprehensive picture of key trends, challenges and opportunities to realizing healthcare access and treatment around the world.”- Carolyn Deady, Fellow for Global Challenges

It Could Never Happen Here

Ferguson and the Militarization of Police | U.S. News On February 21, 2014, the world gasped at the sight of security forces in Kiev, Ukraine, firing sniper rifles into crowds of unarmed civilians.

On August 13, 2014, we gasped at the site of American police officers armed for combat, staring down a sniper-scope at a crowd of unarmed civilians.

In the case of Ukraine, the security forces opened fire on the civilians, the backlash toppled the regime and a new government took its place.

In Ferguson, MO, law enforcement didn’t fire on the crowds, but the disturbances in Ferguson began with the shooting of a young, unarmed African-American man by the police.

The news last night came fast and furious.  Journalists were arrested, as were political leaders.  One video shows an al Jazeera camera crew setting up for a live-shot.  They are obviously targeted with a tear-gas canister.  As the crew escaped the billowing cloud, an armored truck drove in and as one officer trained what appeared to be an M-16 at the fleeing journalists others broke-down their camera and lighting.

Someone didn’t want them to tell the story of what was happening there—and the crew from al Jazeera wasn’t alone, as Alexia Campbell and Reena Flores make clear in their chilling account.

What does it say when police, armed for combat, turn their guns on citizens?  Or when law-abiding journalists are kept from reporting an important story?

It tells me that something in our republic is broken—something important.  For several years we’ve seen evidence of a creeping authoritarianism in the United States.  Its seeds are scattered widely, but they all find fertile soil in the unmistakable gap between the people and the government that serves them.  It’s this rot in the core of our democracy that says, on the one hand, “the government is the problem” and, on the other, that “it’s okay to aim sniper rifles at crowds of civilians.”  These are two sides of the same wicked coin.

Such sentiments are dangerous—in a lot of different ways—and they highlight the need for a national dialogue about the relationship between citizens and the state in the 21st century.  What we saw last night just shouldn’t happen in the United States—not ever. – James Ludes, Executive Director

An evolving page on the web site of the St. Louis Post-Dispatch chronicles the awful and disturbing events in Ferguson, Missouri this week, following the police shooting of an unarmed young African-American, Michael Brown – which now include tear gas and rubber bullets aimed at unarmed crowds, and the arrests of several journalists and a city alderman.

The story playing out in Ferguson reminds us (if we needed reminding) that racial tension is anything but gone in this country, even if some have hoped that the passage of time, and developments like the election of President Barack Obama mean that a sad and difficult societal challenge is mostly behind us.

The truth is that racial attitudes remain very problematic and a source of violence like what we are now witnessing (again) in Ferguson. A wealth of social psychology research – much of which is summarized in a 2013 review from the Kirwan Institute for the Study of Race and Ethnicity (Ohio State University) – establishes that implicit racial bias is far more widespread in U.S. society than many of us would like to believe, and that these attitudes that may even be unconscious have implications for everything from how police deal with suspects to how pediatricians deal with children of different races.

One recent experimental study suggests that a courtroom procedure “specifically designed to eliminate bias,” the instruction to jurors that people are innocent until proven guilty, “may instead serve as an implicit racial cue resulting in attentional bias” – that is, they may predispose jurors to start picturing and looking for African-American suspects. We have a long way to go before we can feel comfortable that Americans of different races are on equal footing in courtrooms, doctors’ offices or the streets of our communities.- Joseph Grady, Senior Fellow for Public Policy