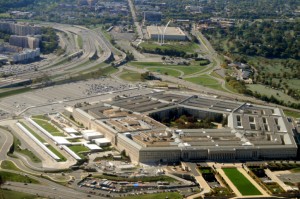 DoD Focus on Cybersecurity and Innovation

As Congressional, Pentagon, and industry leaders gather in Newport this week to take part in the Defense Innovation Days Conference and discuss the future of innovation and technology in the defense arena, a new round of reforms that would speed up the Pentagon acquisition process is being negotiated in government. These reforms are focused on promoting innovation at home, improving technology searches and outreach in the global market, providing industry with timely draft requirements, removing obstacles to the procurement of commercial items, and accelerating the flow of technology to those who need them. At a time when the Defense Department’s budget is in overall decline, the risks posed by cyber-attacks are so great that investments in new technologies, cybersecurity, and innovation are on the rise. The proposed Defense budget for 2015—the first request in over a decade not based on U.S. forces being involved in a foreign war—included more than $5 billion in spending related to cyber and showed a greater reliance on technology and defense innovation. The Pentagon’s cybersecurity budget outline calls for spending almost $23 billion through fiscal 2018 to expand efforts on a variety of initiatives: from protecting computer networks to developing offensive capabilities to fostering information-assurance systems to increasing cyber operations.

Underscoring Rhode Island’s importance to the cyber era of defense, Secretary of Defense Chuck Hagel said in his keynote address at the Conference that “Southeastern New England has become the Silicon Valley of undersea warfare. It’s not only that our submarines are built here. It’s that their critical underlying technology, capabilities, and future operational concepts are developed here as well.” Newport, in particular, has become a hub for defense support with major companies like Raytheon and General Dynamics Electric Boat operating here, as well as many smaller defense contractors and institutions like the Naval Undersea Warfare Center.

Secretary Hagel emphasized that innovation cannot be limited to how we build our weapons systems, but rather that innovation stems from how weapons are researched, designed, and paid for.

The key question, however, is not whether the United States can develop and pay for the most powerful weapons systems and cyber capabilities in the world. We know that we can. The question is whether our leaders—be they military or civilian—are equipped with the knowledge necessary to understand the cyber context in which they operate, to make military and policy decisions based on a clear understanding of cybersecurity risks and potential impacts, and to leverage technology and innovation to our strategic advantage. Preparing America’s institutional leaders for the complexities of operating in an era of persistent cyber threat is fundamental, and the Pell Center (another Newport institution!) remains committed to this objective through its ongoing research, conferences, lectures, and publications.- Francesca Spidalieri, Fellow for Cyber Leadership

How municipalities in St. Louis County, Mo., profit from poverty | The Washington Post

An article last week in the Colorado Spring Gazette described how three Western U.S. cities have waged successful campaigns to reduce homelessness, and saved taxpayers money in the process. The “Housing First” approach to dealing with homelessness is based on a simple idea that may seem controversial – provide homeless people with permanent homes.

The logic behind this model, which is now being applied in a number of locations around the country, is that by providing individuals with homes, communities can give them a critical leg-up towards health and self-sufficiency, and can save money on publicly-funded services and systems the individuals would otherwise be more likely to use – such as emergency room visits, jail time, detox facilities, etc. Rhode Island has a successful, statewide Housing First program, described on the web site of the United States Interagency Council on Homelessness.

The potential controversy about such plans is that it may seem to “reward failure and irresponsibility.” Housing First programs are explicitly based on the idea, for instance, that people don’t need to give up substance abuse prior to receiving housing. Instead, they are placed in housing, and the expectation (borne out by experience) is that having a permanent address will help make subsequent treatments and supports more effective. This is a great example where we should weigh practical benefit against one particular type of moral objection when creating policy. (Of course, there are also moral arguments in favor of humane and charitable programs.)

On a related note, it is interesting to consider how a place like St. Louis County, Missouri (home of Ferguson), raises municipal funds by imposing fines for a set of violations that poorer people are much more likely to commit – because they can’t get time off of work to appear in court, can’t pay lawyers to advise them, etc. Poverty is a complex problem, but there are clearly policies that help and others that make the problem worse.- Joseph Grady, Senior Fellow for Public Policy

The Obama Administration’s Pursuit of Strategy

There is no one more worth listening to about events in the Middle East that General Anthony Zinni, USMC (Ret.).  His leadership in the region, both in uniform and after retiring as Commander of U.S. Central Command, has been immense.  People who have met him will tell you that his intellect is daunting.

I’ve had the good fortune to meet General Zinni on several occasions—and to work with him in Washington, DC.  My respect is immense.

The Chinese know it, too—but that’s a topic for another day.  (Tuesday, to be precise, when we host Toshi Yoshihara for the Pell Center’s first forum of the academic year on at 7:00 PM in Bazarsky Hall.  For more information, or to register, please visit the Pell Center’s blog.- James Ludes, Executive Director