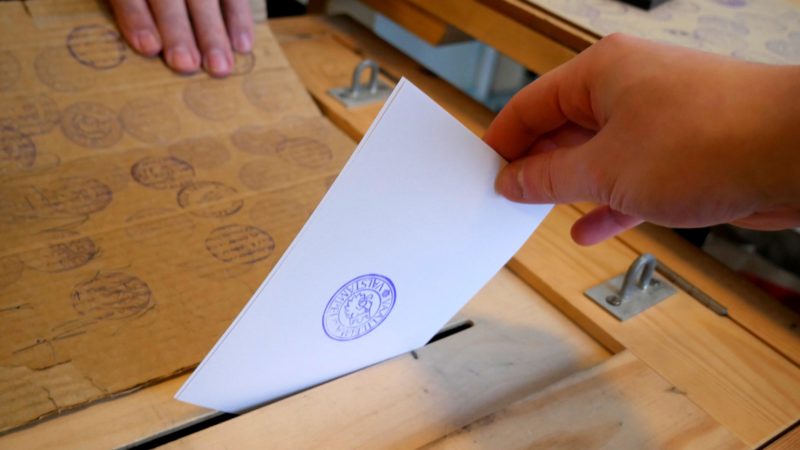 The next American president should get back to celebrating the moral power of democracy.  This was standard fare for President Ronald Reagan—in fact it was pretty standard throughout the Cold War.  The fact that democracy promotion is little more than a slogan and not a centerpiece of American foreign policy is a mistake. We are leaving our most powerful asset unused in the global competition that will shape the 21st century.

President Eisenhower came to office in 1953 having campaigned about rolling back communism in Eastern Europe.  The evidence is pretty clear that Eisenhower himself never intended to use armed force to achieve “rollback,” but his administration did launch some sophisticated information campaigns to try to undermine the regimes of Eastern Europe.  Well into the administration, the president ordered an assessment of the efforts. One of the lessons that emerged was remarkable: the United States didn’t need to tell the people of Eastern Europe how bad it was living under Soviet domination.  They already knew—perhaps better than anyone else.  What they needed were examples of and encouragement toward a better way: freedom and democracy.

The long-term strategy for “cold war” Eisenhower adopted was predicated on the powerful appeal of freedom and democracy to achieve better outcomes for people around the world.  “Rot” would decay the Soviet system from within.  This was the basis for American foreign policy towards Eastern Europe and the Soviet Union for the rest of the Cold War.  Ike thought the competition would take 30 years.  The Soviet Union, in fact, collapsed, almost 40 years after he made that comment.

Interestingly, when Mikhail Gorbachev was a new member of the Soviet Politburo in the early 1980s, he found himself walking along the shore of the Black Sea with Eduard Shevardnadze, then the Communist party boss in the Soviet Republic of Georgia, who would later become Gorbachev’s foreign minister.  As they walked, Shevardnadze said to Gorbachev, “You know, everything is rotten.”  Gorbachev agreed and when he became premier, tried to democratize Soviet life to breathe vitality back into the Soviet Union.

It’s remarkable that emerging leaders of the Soviet Union in the early 1980s used the same terminology, “rot,” and saw the same solution, “democracy,” as the leaders of the United States over the preceding 30 years.  It’s not that they had been recipients of American propaganda, it’s that America’s information campaigns were built on enduring values that resonate in the hearts of people everywhere.

But since the end of the Cold War, successive U.S. administration have stopped thinking of democracy as a strategic asset for the United States.  Since 1992, the United States has been locked in a pitched economic battle with the People’s Republic of China.  We care more, now, about trade and economic access than we do about promoting democracy.  Meanwhile, China’s economic might and patient diplomacy are creating a new geo-political alignment across Eurasia, even while the regime puts millions of its own citizens in concentration camps.

In Russia, we face a resurgent, authoritarian opponent whose leaders are fearful of the popular will of their own citizens.  Over the last decade, Russia has attacked free societies and free elections across the West; they have invaded their neighbors; and they have annexed territory.

If the United States wants to confront Russian aggression or counter China’s economic and political rise, it doesn’t need to attack those governments or spell out the failings of those societies.  Their citizens are aware.  All we would have to do is speak with conviction about the value of democracy in our own republic—not once, not on special occasions, but as a centerpiece of our foreign policy.

Unfortunately, democracy promotion is tinged with the legacy of the Iraq War, now; it’s hobbled by elections in 2000 and 2016 when our popular vote did not yield an electoral winner; it’s undermined by so-called “dark” money in American elections; it’s impaired by foreign interventions in 2016 and lingering concerns about electronic voting machines; and it is betrayed by those who diminish our own democracy with gerrymandering and other means intended to obscure the will of American voters.

But like Eisenhower and Reagan before me, I believe that people around the world know in their hearts the value of freedom and democracy.  Democrats and Republicans used to agree on this—and they can again—and we can reclaim the most powerful weapon in America’s arsenal: the moral authority of a people free to choose the direction of their own country.