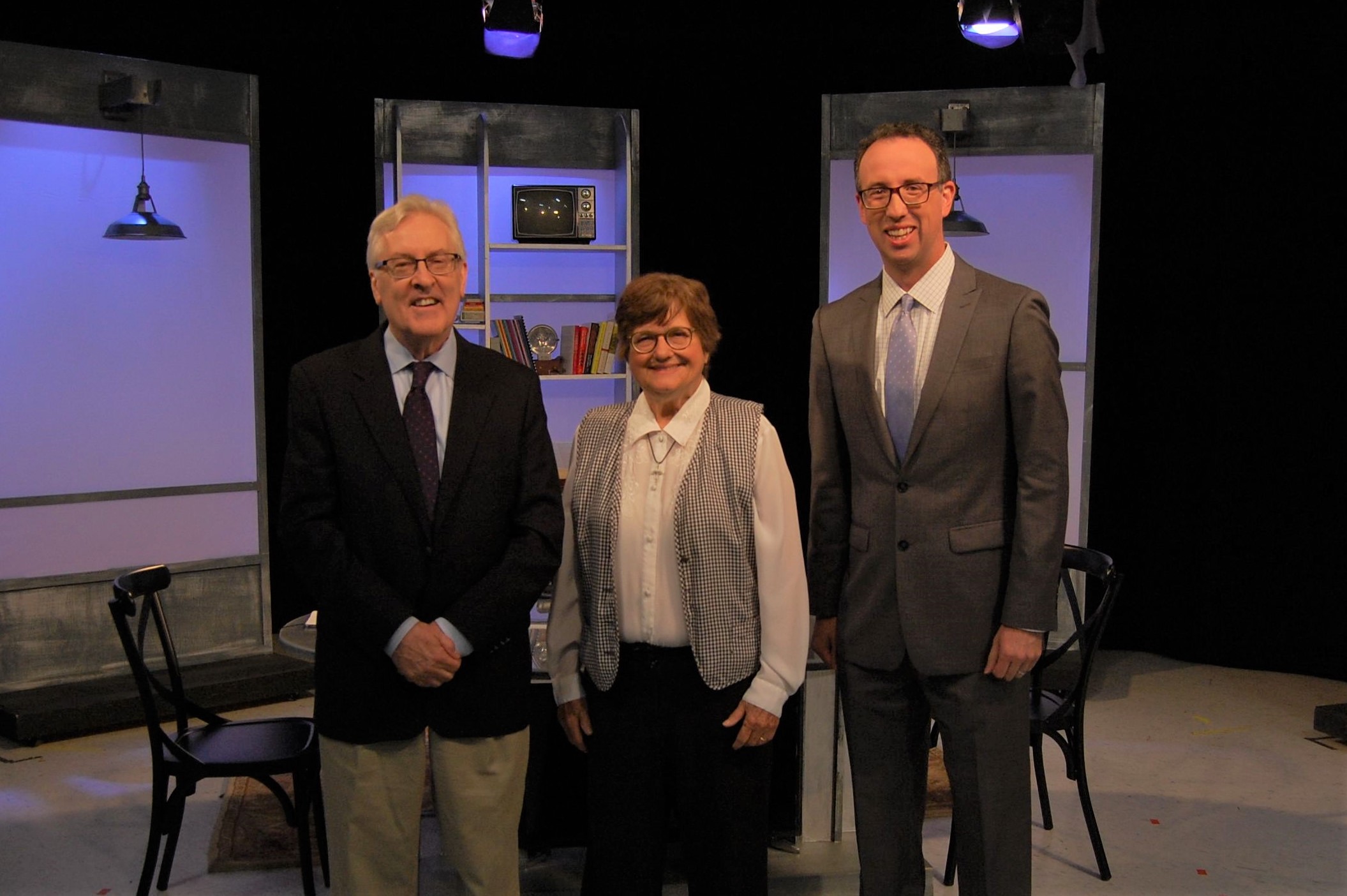 Since 1976, nearly 1,500 Americans have been executed in the name of justice. Sister Helen Prejean though, cautions about the human cost of the death penalty and the innocent victims wrongfully put to death.

Sister Helen Prejean joined the Sisters of St. Joseph of Medaille in 1957, now known as the Congregation of St. Joseph, and received a B.A. in English and Education from St. Mary’s Dominican College in New Orleans in 1962.  In 1973, she earned an M.A. in Religious Education from St. Paul’s University in Ottawa, Canada.  She has been the Religious Education Director at St. Frances Cabrini Parish in New Orleans, the Formation Director for her religious community, and has taught junior and senior high school students.

Sister Helen began her prison ministry in 1981 when she dedicated her life to the poor of New Orleans.  While living in the St. Thomas housing project, she began written correspondence with Patrick Sonnier, the convicted killer of two teenagers, sentenced to die in the electric chair of Louisiana’s Angola State Prison.

Upon Sonnier’s request, Sister Helen visited him as his spiritual advisor. During her visits, her eyes were opened to the Louisiana execution process, an experience that became the basis for her book, “Dead Man Walking: An Eyewitness Account of the Death Penalty in the United States.” The book made the 1994 American Library Associates Notable Book List and was first on the New York Times Best Seller List for 31 weeks.  It also was an international bestseller and has been translated into ten different languages.

Sister Helen’s second book, “The Death of Innocents: An Eyewitness Account of Wrongful Executions,” tells the story of two men, Dobie Gillis Williams, and Joseph O’Dell, whom she accompanied to their executions. She examines the evidence of both cases and describes the flaws in the criminal justice system inevitably lead to innocent people being executed.

Fifteen years after beginning her crusade, the Roman Catholic sister has witnessed five executions in Louisiana and educates the public about the death penalty through lecturing, organizing, and writing. She founded “Survive,” a victims advocacy group in New Orleans, and continues to counsel inmates on death row and the families of murder victims.

This episode earned “Story in the Public Square” its second consecutive bronze award for best political/commentary in television in the 40th Annual Telly Awards in 2018.