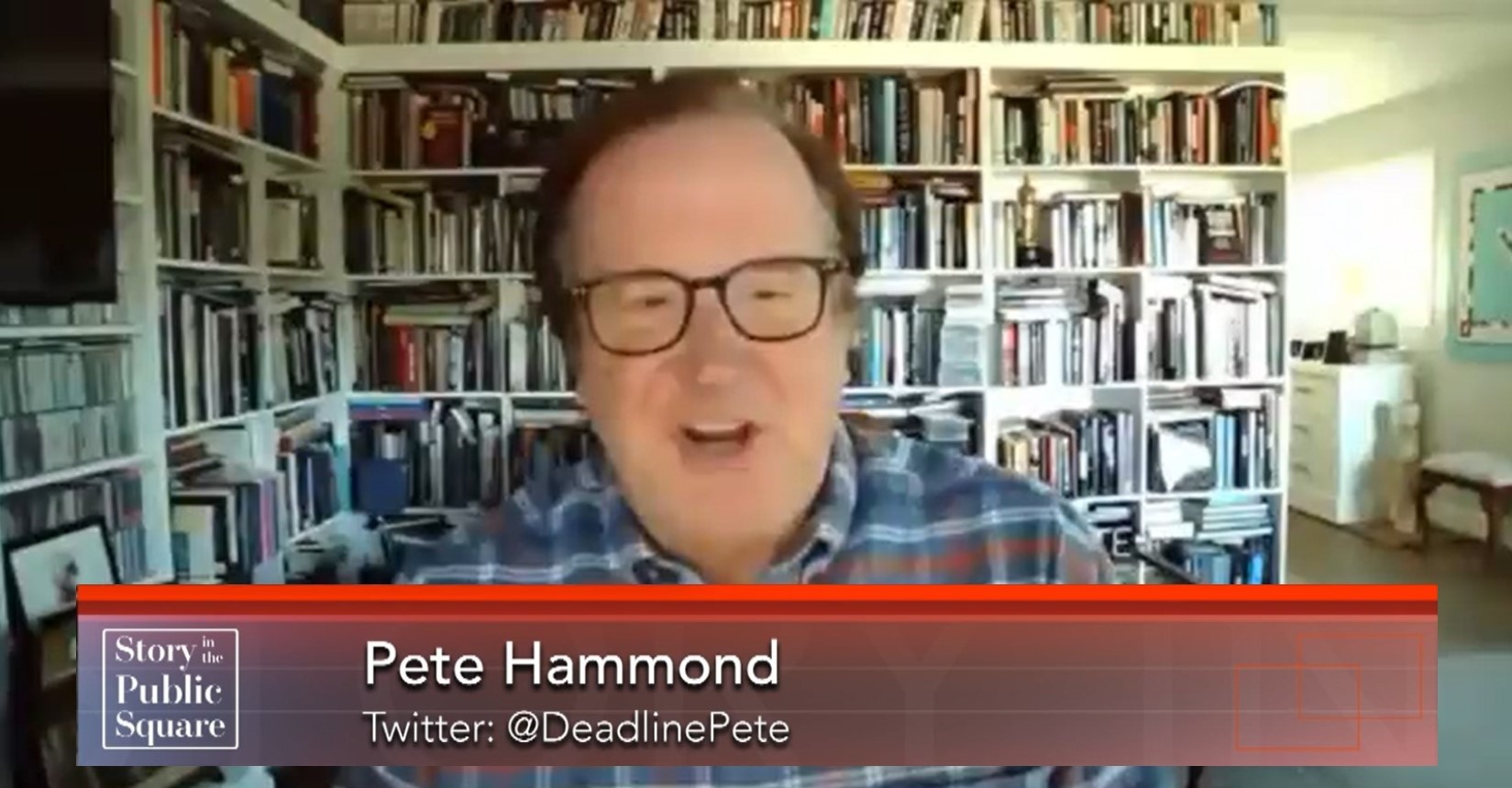 In the midst of a year that saw pandemic disease, social unrest, and bare-knuckled politics, Hollywood churned out a tremendous body of work—even while theaters closed and films created for the big screen streamed directly to our homes.  Pete Hammond says this year’s Academy Awards reflect the issues facing Americans.

Hammond is currently Chief Film Critic for Deadline Hollywood, where he has been the Awards Columnist, covering the seemingly year-round Oscar and Emmy seasons, for the past seven years.  For the past eight years, he has been Awards Editor and Columnist for Deadline and previously covered a similar column for the Los Angeles Times.  He has also served as a frequent contributor to Variety and as a film critic for Boxoffice magazine, Backstage magazine, Maxim magazine and Movieline.  He is in his seventeenth year as host of the “KCET Cinema Series” in Los Angeles, and UCLA extension’s “Sneak Preview” for the past ten years.  He also hosts the TV series, “Must See Movies,” which showcases classic films every Friday night and Saturday afternoon on KCET.  He is the recipient of five Emmy nominations for his television writing and is the winner of the 1996 Publicists Guild of America’s Press Award.  He is the second journalist in the organization’s 50-year history to receive the award twice, winning again in 2013.  He also served on the Board of Governors for the Academy of Television Arts & Sciences representing writers for six years.

On this episode of “Story in the Public Square,” Hammond discusses the challenges the film industry has faced during the pandemic and several of the Academy Award nominees.  He highlights best picture and best sound nominee, “Sound of Metal,” a film about a heavy-metal drummer who is losing his hearing.  Hammond says, “[t]his is a real example of the art of sound.”  Produced by Amazon Studios for streaming, he adds, “this is the kind of movie that would never have been discovered on any big level, even by the Academy, except for the fact that there was an even playing field this year,” with more viewers utilizing streaming services to watch new releases.