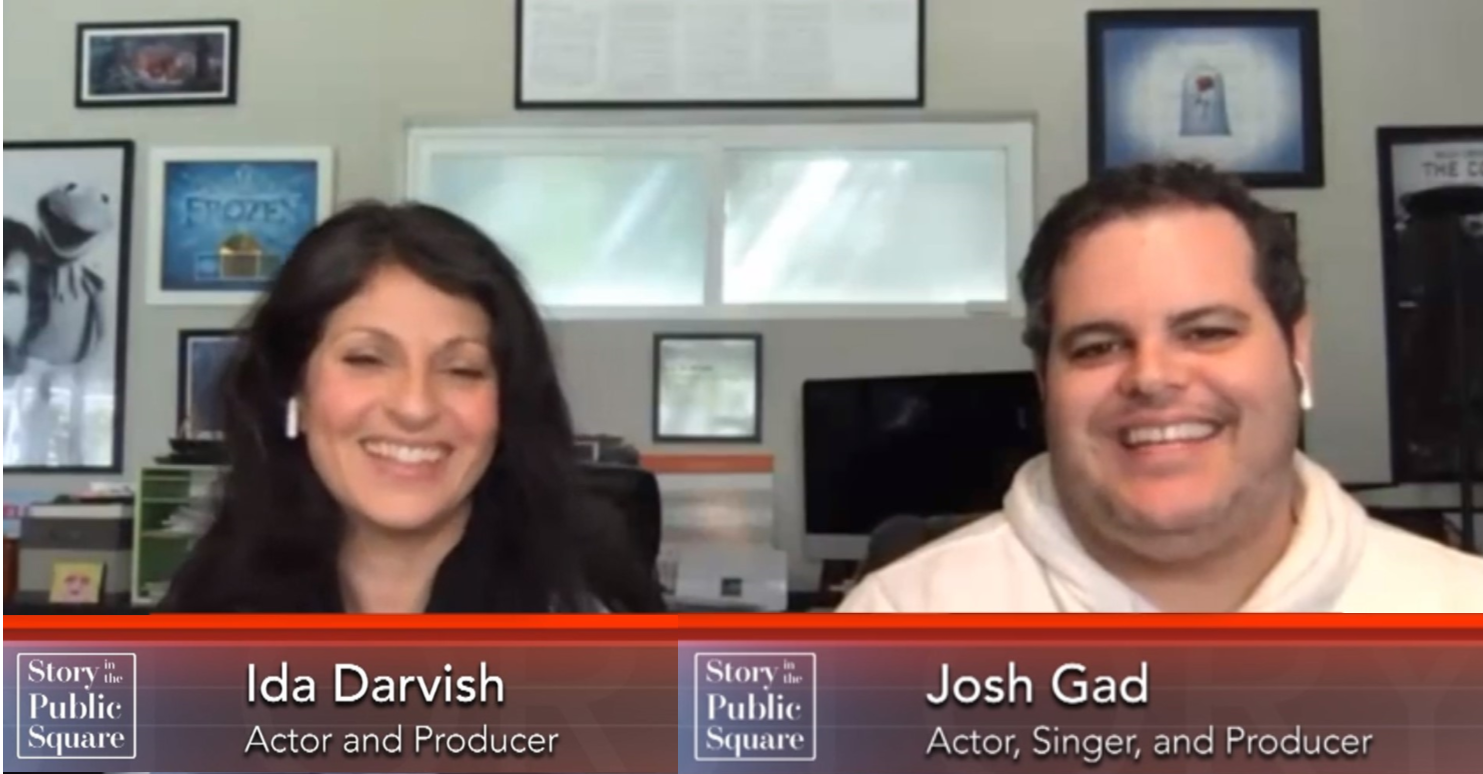 The pandemic has had a profound effect on the entertainment industry, disrupting live performances and posing challenges for production in both film and television.  Ida Darvish and Josh Gad are two of the bright lights of Hollywood and they tell us that the creative process continues.

Ida Darvish is a producer and actor who has played multiple characters in the “Assassin’s Creed” video game franchise, a common house proprietor on “The Mandalorian,” and Marta Alvarez in Tom Hank’s “Inferno.”  She and her husband have both appeared in “She Wants Me,” “The Lost Nomads: Get Lost!,” and “Big Guy.” Together, they run a production company called “Angry Child,” which has produced a number of shows, notably “Central Park” and “1600 Penn.”

Josh Gad is an actor and singer and is known for voicing Olaf in the “Frozen” franchise, playing LeFou in the live-action adaptation of Disney’s “Beauty and the Beast” and Elder Arnold Cunningham in the Broadway musical “The Book of Mormon,” for which he received a Tony Award nomination for Best Actor in a Musical.  Gad played Skip Gilchrist in the political sitcom “1600 Penn” on NBC, and a fictionalized version of himself on FX’s The Comedians, alongside “Billy Crystal.”  Several of his other film roles include “The Rocker,” “The Internship,” “Love & Other Drugs,” “The Wedding Ringer,” “The Angry Birds Movie,” “A Dog’s Purpose,” “Marshall,” and Agatha Christie’s “Murder on the Orient Express.”  He has also appeared in “ER,” “The Daily Show,” “Modern Family,” “New Girl,” “Bored to Death,” and “Numb3rs.” In 2020, he began starring in the HBO comedy series “Avenue 5.”  His continuing pandemic series, “Reunited Apart,” has been very popular and it raises money for many charitable causes.

On this episode of “Story in the Public Square,” guests Ida Darvish and Josh Gad discuss how the film and television industry has been criticized for its lack of inclusivity and representation in recent years.  Gad says, “one thing that gives me hope is the greatest driver of influence in our industry is hard cash, and when movies like “Black Panther” make a billion dollars at the box office, […] those are game-changers.”  Both Darvish and Gad hope the industry’s recent improvement in this area is a lasting change.