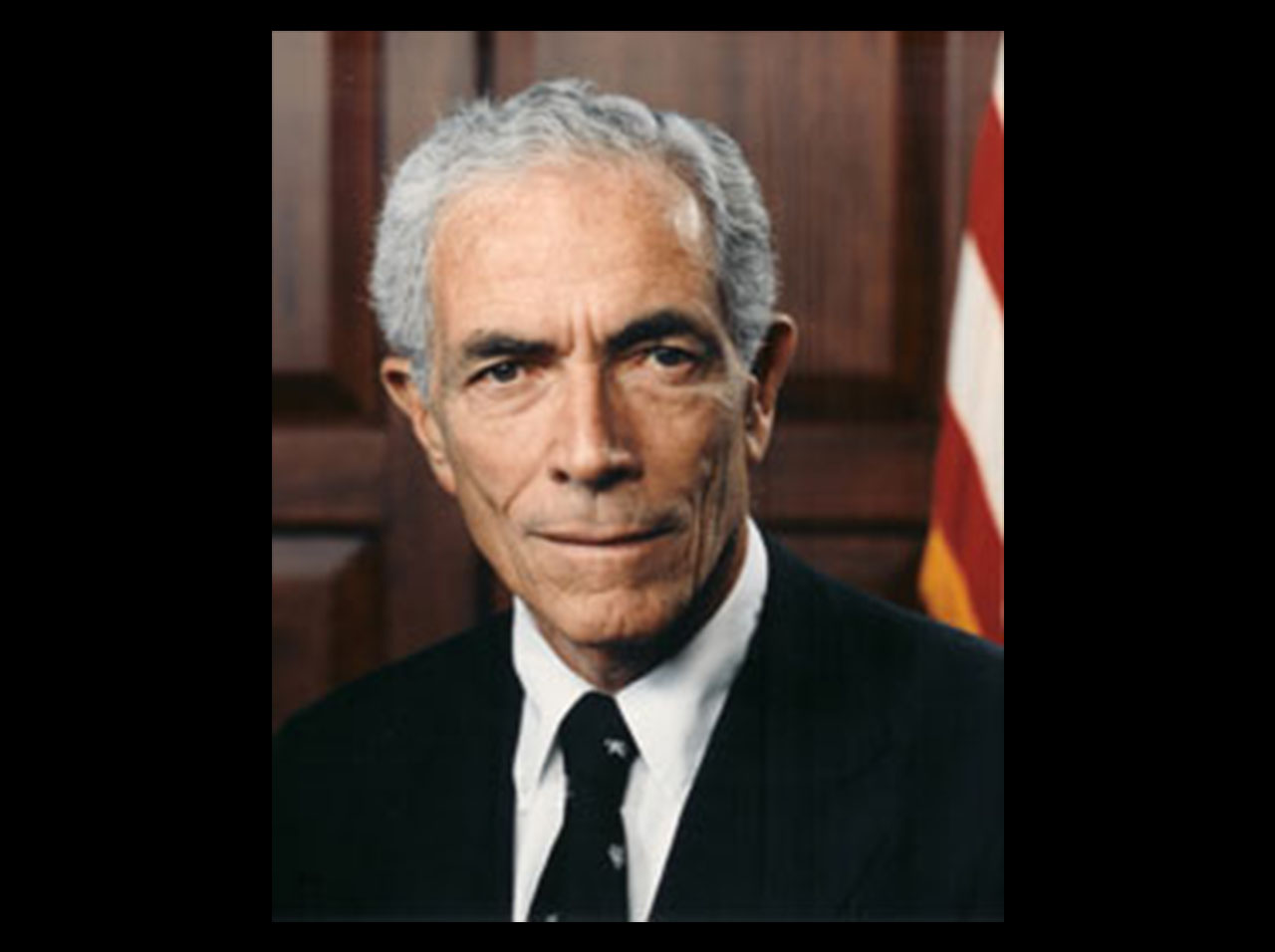 NEWPORT, R.I. – One hundred years ago, on November 22, 1918, Claiborne Pell was born in New York City.  In his 90 years, the late-Senator’s life traced the arc of the American experience.  One century after his birth, we can see the familiar milestones of American history set against the Senator’s remarkable life.

After graduating from Princeton, he witnessed the outbreak of World War II in Europe, first hand, and then joined the U.S. Coast Guard.  During the war, Pell served on escort duty in the Atlantic Ocean and the Mediterranean Sea.  As the war moved toward its end, Lieutenant Pell was present at the San Francisco Conference where the United Nations was created.

In the midst of those war years, Pell met Nuala O’Donnell and married her in December of 1944.  They had four children: Herbert Claiborne Pell III; Christopher “Toby” Pell; Dallas Pell; and Julia Pell.

When the war ended, Pell experienced the early Cold War as a U.S. diplomat serving in Czechoslovakia, Italy, and Washington, DC.  In 1956, as Vice President of the International Rescue Committee, Pell helped aid refugees fleeing the Soviet crack-down following the Hungarian Revolution of that year.

When Claiborne Pell was first elected to the United States Senate in 1960, his friend, then-Senator John F. Kennedy, described Pell as “the least electable man in America.”  In fact, Pell would win six elections to the United States Senate with an average of 64% of the vote over three decades.  It was in the Senate that Pell left his most enduring legacies: land-mark legislation to create the National Endowment for the Arts and the National Endowment for the Humanities, Amtrak, and the Basic Education Opportunity Grants—known more popularly as “Pell Grants.”

Senator Pell once said he was inspired to create the grant program his colleagues renamed “Pell Grants” because he saw the transformative power of the GI Bill after World War II and wanted to extend the power of education to more Americans.  Since 1977, Pell Grants have given more than $631 billion towards the education of 192.2 million students.

From 1987 to 1995, Pell served as Chairman of the Senate Foreign Relations Committee.  He championed arms control, the United Nations Convention on the Law of the Sea, and the international institutions he saw birthed in the aftermath of war.  Widely traveled, he favored engagement and dialogue over confrontation, and used the privilege of his seat in the Senate to give voice to those who could not or dared-not speak.

Pell completed his 36 years of service in the United States Senate in January 1997.  He was succeeded in that office by Senator Jack Reed.

“A man of principle and vision, Senator Pell is quite simply one of the most distinguished U.S. Senators and finest public servants in modern American history,” said U.S. Senator Jack Reed. “He enlisted in the U.S Coast Guard months before Pearl Harbor and served all over the world, both in the Coast Guard and as a diplomat.  But his greatest contributions came as a member of the U.S. Senate.  From the arts and education to arms control and transportation policy, Senator Pell’s forward-thinking contributions continue to shape our future.  He saw the importance of America leading the world, not standing apart from it.  His remarkable devotion to Rhode Island and his many contributions to the nation will long be remembered.”

“Senator Pell is remembered,” said Senator Sheldon Whitehouse. “He left lasting legacies and he did it by quietly and patiently sticking with his priorities, which he knew were Rhode Island’s priorities and America’s priorities. When you look back at the legacy that he left that still operates today, it is hard to find somebody of his era whose footprint is larger than that of this shy, quiet, patient, civil, and persistent man.”

“One century after Senator Pell’s birth, his legacy is found in every student who went to college because of Pell Grants; in every artist and scholar whose work deepens our understanding of humanity thanks to a federal grant,” said Jim Ludes, Executive Director of the Pell Center at Salve Regina University in Newport, Rhode Island.  “He knew how to make legislation happen.  He knew how to work with people from different backgrounds and different perspectives, and America is better for it.”

The Pell Center for International Relations and Public Policy is a think tank on the Salve Regina University campus in historic Newport, Rhode Island. Its programs on domestic and international issues are designed to generate new ideas, to expand public understanding of important issues and, ultimately, to help the public and its leaders make better decisions.

Dedicated to honoring Senator Pell’s legacy, the center promotes American engagement in the world, effective government at home and civic participation by all Americans. We accomplish this through research and publications, public events and media programs that run throughout the year. If you would like to learn more please visit pellcenter.org.