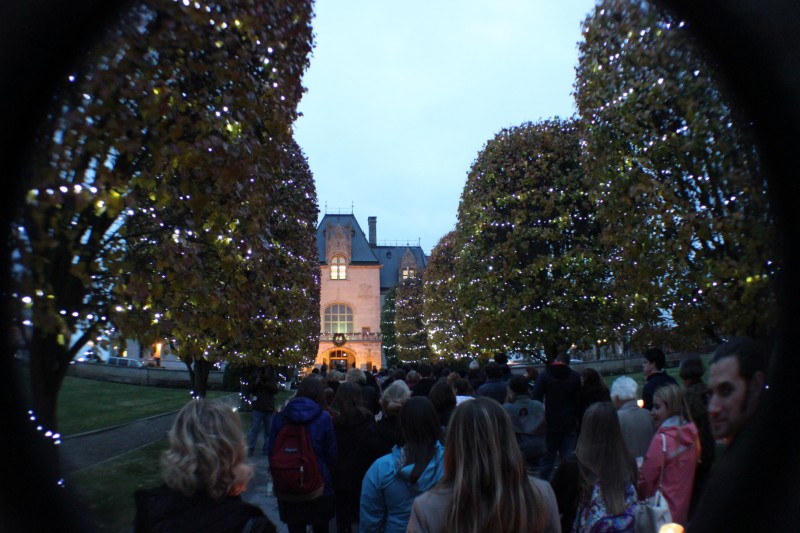 Pope Francis recently declared an extraordinary Jubilee year to take place December 8, 2015 until November 20, 2016.  He declared the Jubilee in the name of the Mary, the Mother of Mercy.  Pope Francis said, “I am convinced that the whole Church will be able to find in this Jubilee the joy of rediscovering and making fruitful the mercy of God, with which we are all called to give consolation to every man and every woman of our time.” Salve Regina University will join in this Jubilee year celebration.

Celebration of the Jubilee year dates back to law of early biblical antiquity.  Stated in Leviticus, “A jubilee shall that fiftieth year be unto you: ye shall not sow, neither reap that which groweth of itself in it, nor gather the grapes in it of thy vine undressed.”(Lev25:11)  The Jubilee year occurs after seven sets of seven years, in the fiftieth year.

Jewish tradition prioritizes the Sabbath and rest, not only for humanity, but for the land and animals as well.  The word jubilee comes from the Hebrew word yovel, meaning ram’s horn, or a shofar, which typically announces the arrival of an important dates, such as Rosh Hashanah.  The sounding of the yovel would most likely be used to announce the year of rest—the Jubilee year.

On December 8, to herald in the Jubilee year, Salve Regina University celebrated with the “Opening of the Gates.”  The celebration commenced at 4 p.m. in front of Ochre Court at the gates.  Dr. Zeman spoke first on the Jubilee year, followed by Salve Regina student Andy Cirioli, ‘17.  Michael McNamara, ‘16, and GinaMarie Tonini, ‘17, read the Psalm of Mercy to the audience.  Dr. Hennessy then spoke of the mercy heritage of Salve Regina University, and its beginnings as a women’s college in a time when women had little options for higher education.  She spoke on the “gateway” of mercy, which should be open to all.

Members of the University’s chorus sang Salve Regina as the crowd made its way toward Ochre Court, where a reception followed inside.  The event drew a large crowd, and all who attended served as witnesses and evidence of the mercy mission, which continues to be held and beloved at Salve Regina University.

Watch the “Opening of the Gates” at Salve Regina University here.