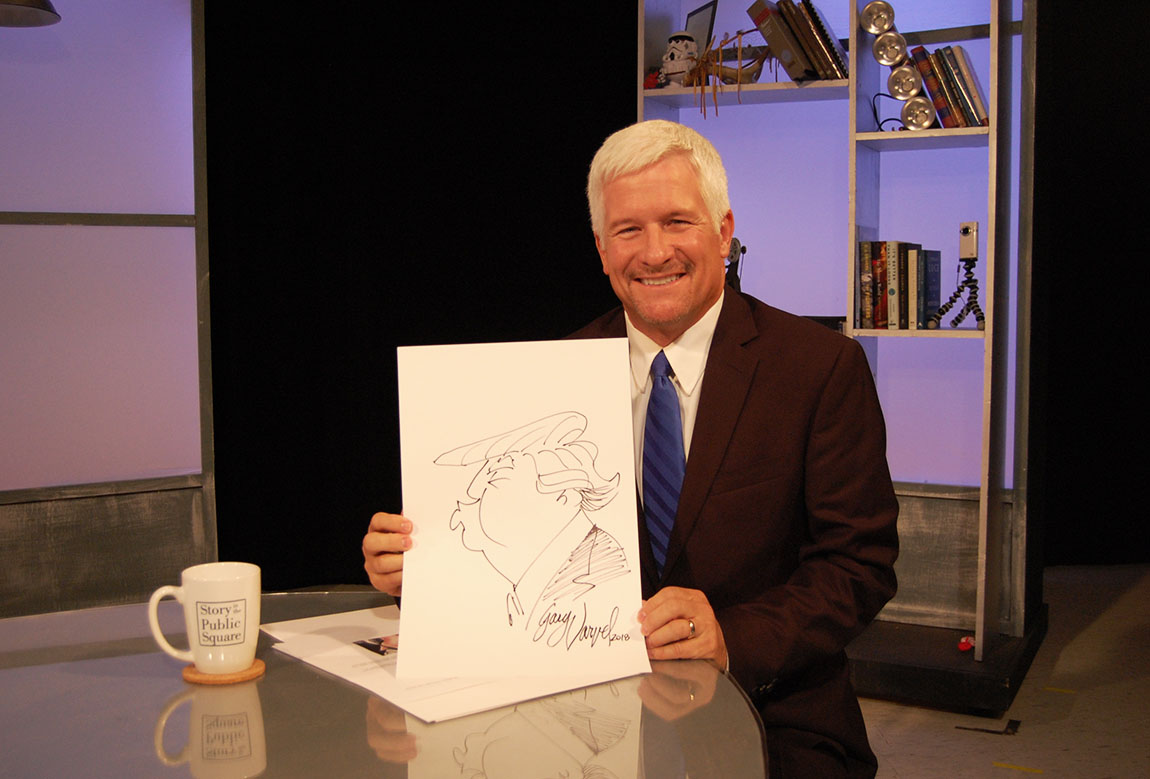 Editorial cartoonists use illustration to offer a different perspective on the news and in doing so they challenge us to think in new ways. Gary Varvel brings a conservative perspective to his cartoons for the IndyStar.

Gary Varvel was born in Indianapolis in 1957, graduated from Danville High School in Danville, IN, studied at John Herron School of Art (IUPUI) and after college spent 16 years working as the chief artist for The Indianapolis News. In 1994 he joined The Indianapolis Star as its editorial cartoonist. He holds that position now at the paper, IndyStar.com

“I have been blessed to also have scripted, produced and acted in two Christian movies, illustrated 2 children’s books, produced a national-award winning graphic novel on child poverty, and since October ’17 I’ve been writing a weekly conservative column and curating a conservative newsletter called, “Views from the Right” for IndyStar.” said Varvel.