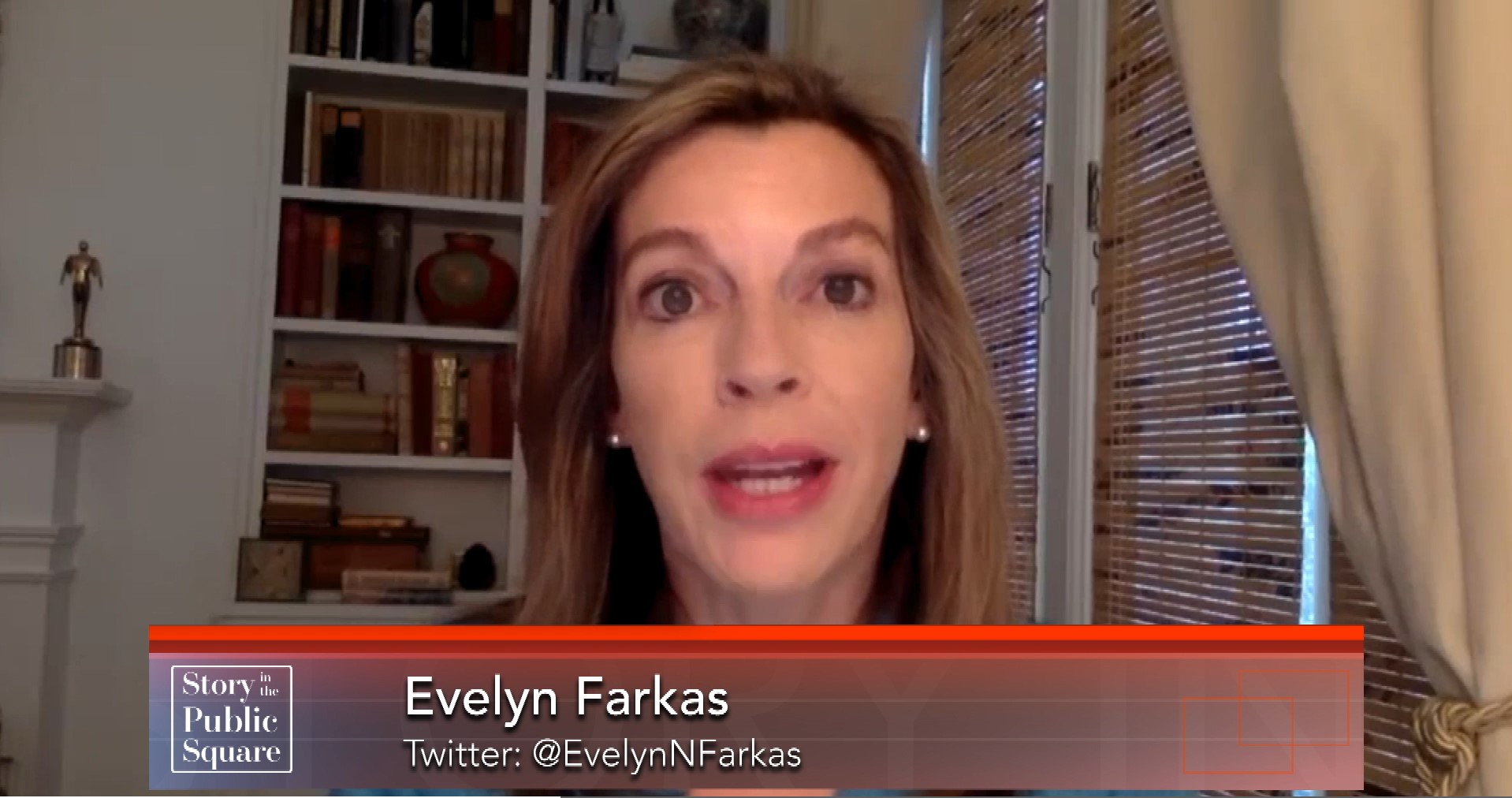 2020 is a year we won’t forget any time soon—though many of us might want to.  From the impeachment trial of the president, through the pandemic, and the 2020 election, this year has seen more than it’s fair share of important narratives.  Dr. Evelyn Farkas helps us make sense of them all and name our 2020 Story of the Year.

Farkas is one of the nation’s premier voices on American foreign policy and geopolitics, and one of the nation’s most-trusted experts on U.S.-Russia relations.  As Deputy Assistant Secretary of Defense for Russia, Ukraine, Eurasia, she was the U.S. Department of Defense’s top Russia expert under President Barack Obama.  Farkas advised three U.S. Secretaries of Defense during her tenure at the Pentagon and was responsible for policy toward Russia and the surrounding region.  She is an outspoken voice on how America should respond to adversaries and manage aggressors, ranging from Russia to North Korea to Iran.  Expertly positioned to discuss the at times tenuous intersection of foreign objectives and domestic priorities, Farkas appears regularly as an NBC/MSNBC national security contributor to discuss hot-button geopolitical issues.  She serves as Senior Fellow at the German Marshall Fund of the United States and has penned research papers and op-eds featured in most leading publications.  She discusses how America’s position abroad is shifting under the Trump administration, the global gamut of U.S. foreign and defense policy, and current national security challenges including Russia’s role in the 2016 U.S. presidential election.

On this episode of “Story in the Public Square,” Farkas joins hosts Jim Ludes and G. Wayne Miller to discuss the 2020 “Story of the Year.”

“It began in late 2019 with reports of a strange new pneumonia in Wuhan, China.  By the middle of March, American governors were shutting down their economies, closing schools, and warning constituents of dark days ahead even while the president of the United States vacillated in his public approach to the seriousness of the threat.  After spring cases peaked, President Trump was quick to urge states to re-open their economies and to get people back to work.

In the months that led up to the election of 2020, the country was a battleground for two narratives: one emphasized the risk of the virus and the failure of the Trump administration to protect either lives or the economy.  The other narrative said the worst of the pandemic was behind us and that the United States government, led by President Donald Trump, had responded magnificently.

The American public rendered its judgment on those narratives in a closely contested election, even as the virus surged.  As of this episode’s taping, more than 267,000 Americans have died from this virus, even as hope emerges for promising vaccines.

In a year that began and ended with hotly contests politics, the “Story of the Year,” is the impact of the pandemic on every aspect of American life: jobs, families, politics, communities, health, and—for far too many—lives.”