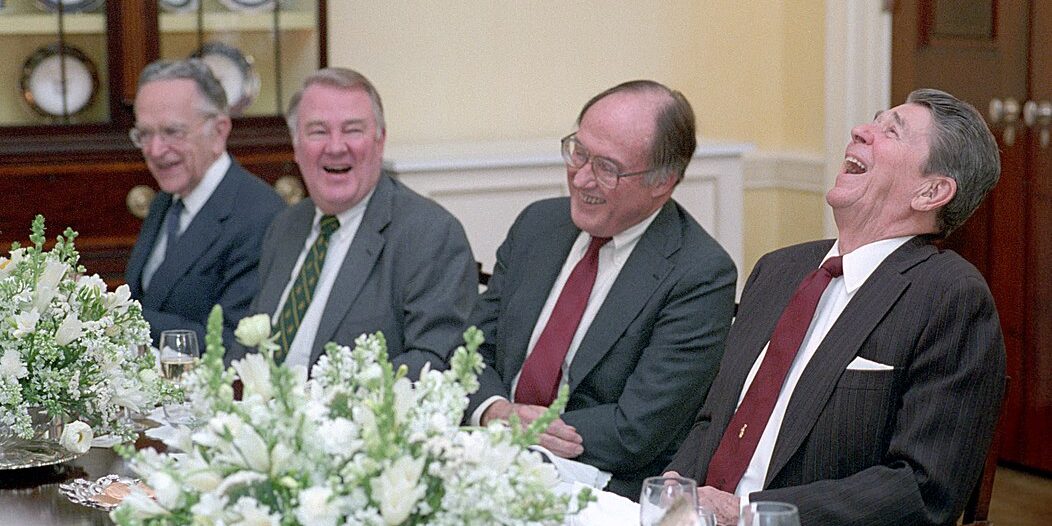 2020 has been the longest decade of my life.  It’s not even close.  The year that began with presidential impeachment, has, so far, brought us also a pandemic that continues to ravage the United States and the world, massive unemployment, the murder of George Floyd, protests for social justice, and violent confrontations in cities across the United States set against the backdrop of perhaps the most important U.S. election since 1860.

On top of that, the U.S. government has confirmed the existence of UFOs, there are “murder hornets” in the northwest, and late last week scientists announced their intention to dive into a mysterious blue pool at the bottom of the ocean. My only reaction for those scientists is this: READ THE ROOM!

We the people are tired, cranky, and we really need a good laugh.  So unless that blue pool is the portal to the wisdom of Atlantis, maybe just let it be.

When I sat down to think about what I wanted to say today, I debated with myself whether I really wanted to talk about laughing.  It seems a little flip and not worthy of the importance of this moment, but, then again, maybe it is.  I learned the importance of laughter in my home as a child.  My Mom and Dad laughed a lot—they still do.  I recall one friend of theirs whose out-sized personality and sense of humor left everyone in tears of laughter on a regular basis.  To this day, if you make my Mom really laugh, it becomes infectious and we’ll laugh until our faces hurt.  And my Dad, who is no stranger to public speaking, taught me, early, the power of humor to engage an audience and settle them in for often difficult issues that need to be discussed.

In a moment when the world seems chaotic, when so much bad news swirls around us, when so much seems at stake, maybe, just maybe, we need to find some joy and, yes, some laughter in our lives again.

There’s a long history of humor in dark times.  I remember reading Bob Hope’s autobiography decades ago and being fascinated by his account of telling jokes about Hitler.  Long before Mel Brooks made mocking Nazis his signature, while American GIs were fighting and dying to liberate Europe, Bob Hope was mocking the German leader.  It was a way of knocking him down to size, of making him smaller.  As Bob Hope told it, it was a red-letter day in the free world when comedians learned Hitler’s family name was really Schicklgruber.

Like Bob Hope had done previously, David Letterman understood the power of comedians to diminish America’s adversaries after 9/11.  On his “Late Night” show, Letterman mercilessly mocked Osama bin Laden, the terrorist leader who had just murdered nearly 3,000 Americans, not because it was comedy-gold, but because it was what the country needed—a bit of humor, a bit of lightness, a bit of relief from the terrible.

I’m not clever enough to know what’s funny now, or even hopeful that I could make you laugh if I tried, but I know we need to keep laughing.  We need to find humor even when times are tough—maybe especially then.

Humor and wit are signs of both IQ—intelligence—and EQ—emotional intelligence.  One of the least appreciated aspects of public life is the ability of a politician to tell a good joke—or even engage in some self-effacing humor.  Franklin Delano Roosevelt’s speech about his little dog Fala was heart-warming, human, and funny.  John Kennedy used humor to take the sting out of the criticism that he was just the child of a rich man buying his way into the White House.  And President George H.W. Bush absolutely loved Dana Carvey’s impression of him—so much so that he invited the Saturday Night Live comedian to the White House and shared the podium with him.  Can you imagine President Trump inviting Alec Baldwin to do the same?

I’m not saying we don’t face serious issues and that times aren’t hard—exceptionally hard—for a lot of Americans.  They are.  But in times of trial and conflict, we need to find that release, to seek it out, and to breathe deeply in the air of freedom that lets us mock our tormentors and feel alive in our laughter.

In the Soviet Union, jokes were often subversive.  In Afghanistan under the Taliban, public laughter was a crime.  Authoritarians don’t want us to laugh because in laughing we challenge authority just as surely as we assert our individuality, our conscience, and our freedom.