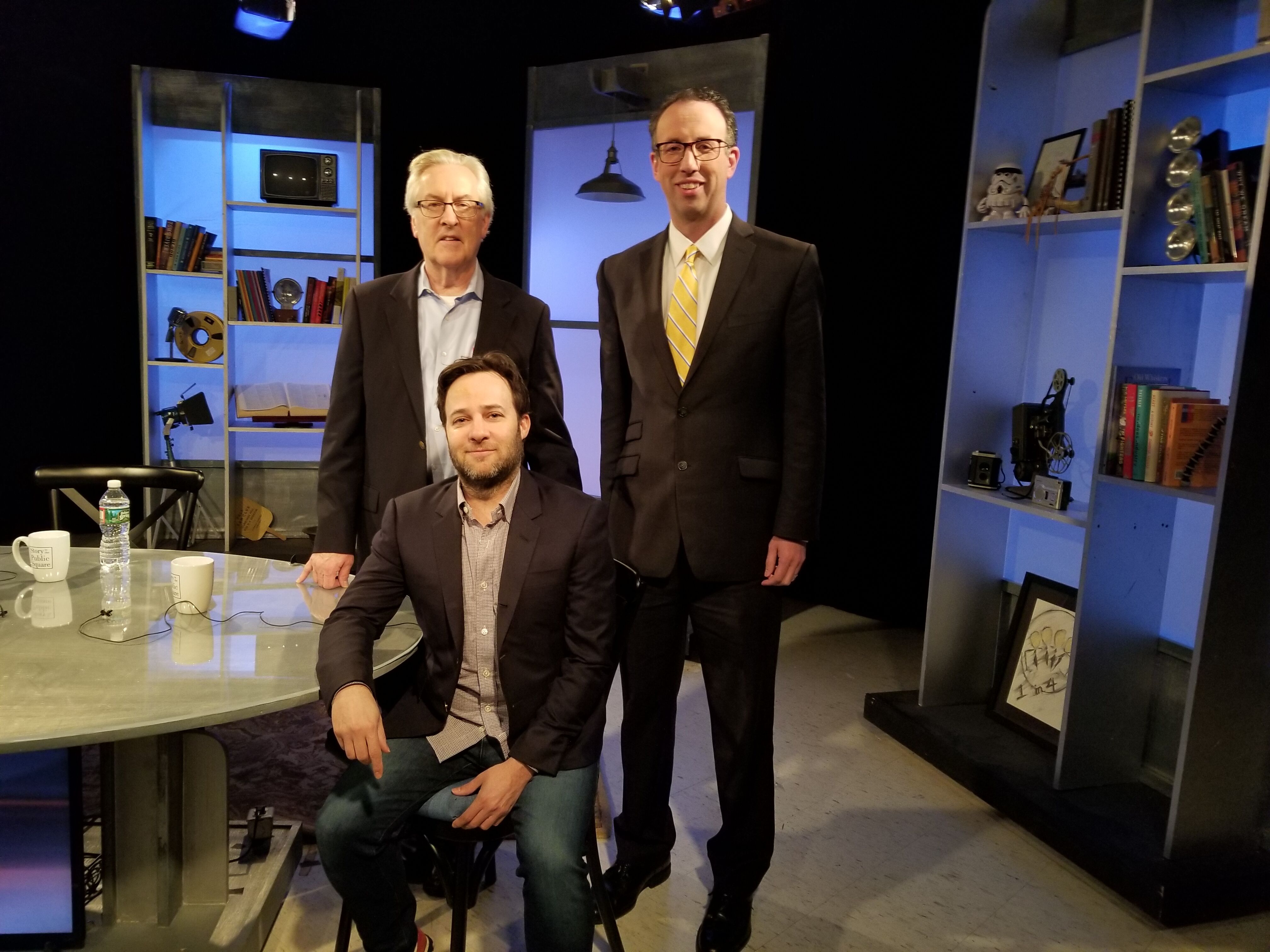 “Story in the Public Square” began as an annual, academic conference at Salve Regina University.  When we honored Danny Strong with the 2014 Pell Center Prize for Story in the Public Square, his acceptance speech was so moving, so incisive, and so eloquent about the power of story that a public television executive in the audience asked if she could broadcast it.  She did, and the rest is history.

Danny Strong is one of today’s most prolific TV and big-screen talents with almost 50 acting credits, 11 screenwriting credits, eight producer credits and three directing credits. For screenwriting, he is best known for “Recount,” “Game Change,” Lee Daniels’ “The Butler,” and “Mockingjay,” the two-part “Hunger Games” finale.  Strong is also known for the 2019 TV series “Proven Innocent” and the 2017 film “Rebel in the Rye,” both of which he directed.  His most notable acting roles include appearances as characters on “Buffy the Vampire Slayer,” “Gilmore Girls,” “Mad Men,” “Justified,” and “Billions.” He is co-creator and executive producer of the smash-hit “Empire.”

Strong’s “Game Change,” the 2012 HBO production about the 2008 presidential election, won a Golden Globe, a primetime Emmy, a Writers Guild of America Award, and a Producers Guild of America Award.  Additionally, his 2008 HBO film “Recount,” about the 2000 presidential election, won an Emmy.  Strong has also won an NAACP Image Award for “Empire” and was nominated for a Critics Choice Award and a Golden Globe for the show.

Strong uses film to tell stories with social impact, as he finds this kind of art to be “the most powerful,” making his work in film “more dynamic [and] thought provoking.”