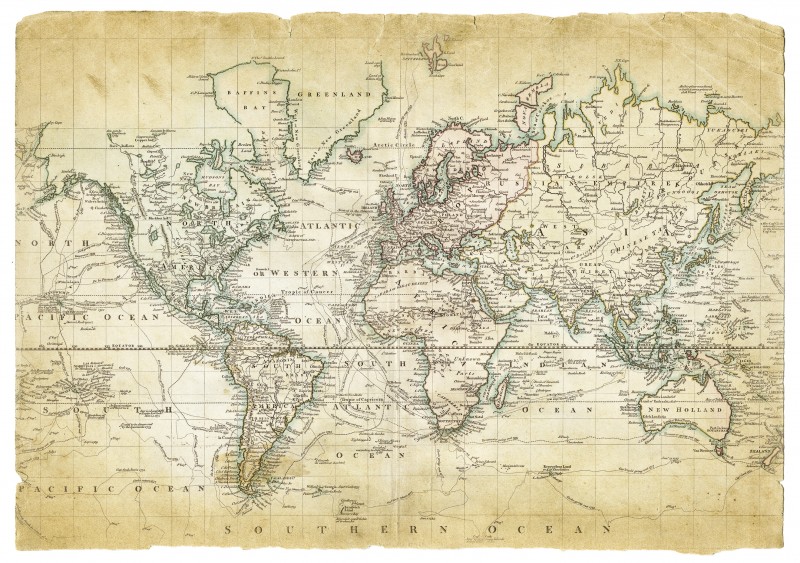 Germany Embraces Realpolitik Once More | War on the Rocks

The National Interest recently released a long excerpt of Paul Miller’s most recent book, published by Georgetown University Press under the title American Power and Liberal Order: A Conservative Internationalist Grand Strategy. Paul Miller is the associate director of the Clements Center for National Security at the University of Austin. In addition to his academic career, Miller has had a rich experience in government and in the intelligence community, serving on the National Security staff, as an analyst for the CIA, and as a military intelligence officer in the U.S. Army. His book—along with the National Interest piece which summarizes its core themes—is an elegantly framed and cogently argued defense of the U.S.’s internationalist foreign policy tradition. The timing of its release, in the midst of a presidential election opposing two very different visions of the American Republic’s role in the world, could not be more apt.

Miller rightly points out that Donald J. Trump’s foreign policy proposals amount to a “repudiation of the liberal international order—an order of which the U.S. has been a chief architect, beneficiary, and guarantor since WWII.” He cautions that Trump’s autarkic and mercantilist worldview, however haphazardly articulated, should not be viewed in isolation from other broader, troubling, trends in U.S. public opinion. Indeed, recent Pew polling data has showed a growing proportion of Americans (and Europeans for that matter) believe that their nation, “should deal with its own problems and let other countries deal with their own problems.”

It remains to be seen whether the recent surge of this isolationist strain of thought is merely a temporary phenomenon, resulting from a justifiable fatigue after over a decade and a half of involvement in the Middle East, or whether it constitutes something more enduring. In any case, argues Miller, the advocates of internationalism now face “an urgent task: to explain why liberal order matters, and why the advocates for restraint are wrong.” His book helps furnish some of the intellectual groundwork for this effort, particularly when he painstakingly dismantles the positions held by some self-professed academic “realists,” who—as my former Brookings colleague Tom Wright has wryly noted—are often quite unrealistic in terms of their proposals.

This debate over America’s role in the world is occurring at a time marked by the resurgence of great power rivalry, and by growing uncertainty and instability. Large portions of the globe are caught in seemingly unending spirals of conflict, and longstanding borders have been modified, violated, or erased. Since the end of the 1990s, Europe had been viewed as a relatively placid, post-historical region, free of illiberalism and territorial tensions. Developments over the past few years have upended this vision. In the words of Robert Kagan, the jungle has now entered the postmodern European garden. Concerns over Russian revanchism, mass immigration, and terrorism have profoundly affected strategic thinking and planning in major European capitals, and perhaps in ways that have not yet been fully appreciated by most American policymakers.

Writing in War on the Rocks, John R. Deni, a Professor at the U.S. Army War College, discusses how these recent developments have influenced German thinking, and engages in an in-depth analysis of their latest Defense White Paper, or Weissbuch.  This White Paper, which comes a full decade after its predecessor in 2006, constitutes, according to Deni, a “significant step forward in Germany’s ongoing transformation to a normal power.” It emphasizes Germany’s increased willingness to participate in extra-European military activities and “coalitions of the willing,” engages in a hard-edged appraisal of Berlin’s national interests, and may come to be viewed, in retrospect, as something of a paradigm shift in Germany’s post-Cold War thinking.

Concerns over the future of the global order are equally widespread in Asia, especially following China’s truculent reaction to the recent international ruling over the South China Sea.  In the Financial Times, foreign affairs columnist Gideon Rachman provides a sobering overview of the some of the troubles currently ailing U.S. Asia policy. Whether these troubles take the form of obscene outbursts from intemperate allies, the U.S.’s seeming inability to shape China’s behavior in a positive direction, or growing doubts over the fate of the Trans-Pacific Partnership (TPP), it is clear that the next U.S. administration will have to contend with an increasingly rivalrous and fractured Asia-Pacific region.

This points to a larger, and somewhat controversial, issue. When confronted with such depressing levels of turmoil in many of the world’s key regions, should one attribute a measure of responsibility, or apportion a degree of blame, to the actions undertaken—or not undertaken—by the Obama Administration? This is a discussion which has raged within the U.S. strategic community for some time, and which has not always cut across party lines, with many Democrat national security professionals not hesitating to levy harsh criticism, particularly over the White House’s Syria policy. All too often, however, these debates are clouded by partisan rancor. This debate in-between Eliot Cohen and Derek Chollet, held at SAIS last week, is a refreshingly civilized discussion in-between two singularly thoughtful individuals. Derek Chollet, who recently left government to join the German Marshall Fund, has written perhaps the best articulated defense of Obama’s foreign policy. In the course of their discussion of his book, “The Long Game: How Obama Defied Washington and Redefined America’s Role in the World,” Eliot Cohen provides an equally robust critique, before opening it up to the students.

Another discussion worth watching is that involving the French Ambassador to the United States, Gerard Araud, and held on September 13th at the Watson Institute at Brown University. With a large twitter following, and an acerbic wit, Ambassador Araud is something of a celebrity in Washington. He is also one of France’s most talented and intellectually formidable diplomats, and something of (as he himself readily confesses) a “professor in the closet.” His talk provides a much-needed, didactic overview of some of the key differences in-between the French and U.S. traditions of secularism. Ambassador Araud also discusses some of the common economic challenges faced by Western democracies, and of the linkages one can establish between enduring socio-economic inequalities and the spread of nativism and populism.

Last but not least, and while we are on the topic of France, iTunes recently made available Season 1 of The Bureau, a widely lauded French TV show (with English subtitles). The Bureau, which follows the actions of France’s external intelligence agency, the DGSE, is considered by many in the intelligence community to be one of the best, most accurate, and geopolitically sophisticated shows on espionage. It helps that the actors are uniformly excellent (with the talented and suitably cryptic Mathieu Kassovitz in the main role), and that apparently almost every aspect of the real DGSE offices have been meticulously recreated on set. Consider this the better, and slightly world-wearier, French version of Homeland.