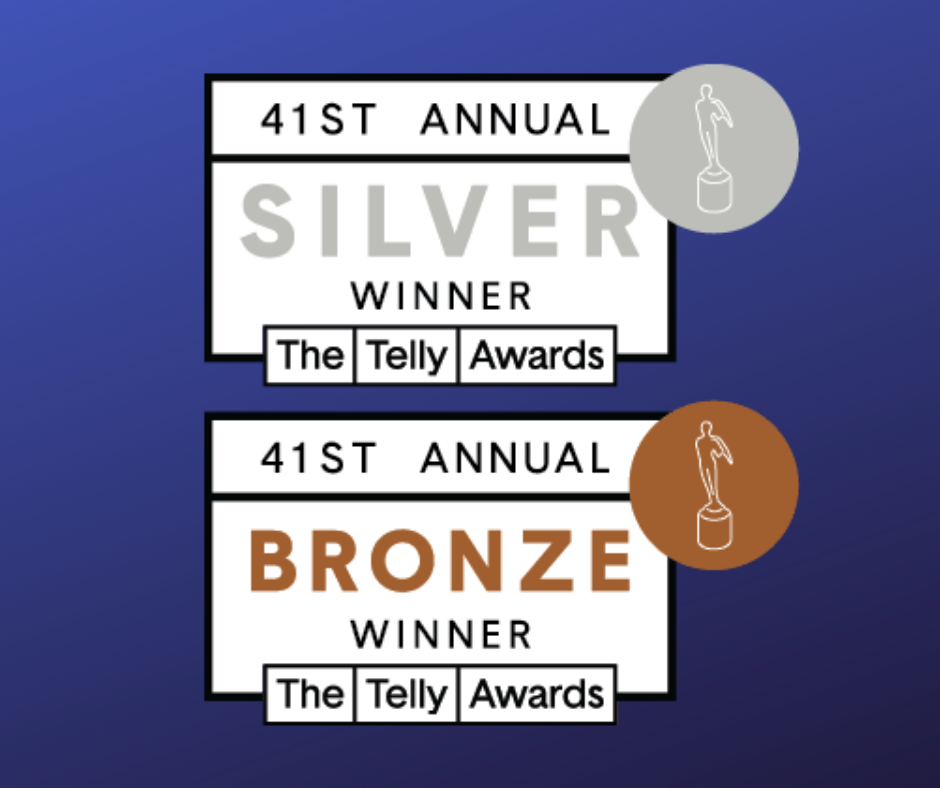 NEWPORT, RI – “Story in the Public Square” has been awarded both silver and bronze awards for Best Political/Commentary in Television for the 41st Annual Telly Awards. This is the third consecutive year with a Telly Award win for the show.

The Telly Awards honor excellence in video and television across all screens as judged by leaders from video platforms, television and streaming networks, agencies, and production companies including Vice, Vimeo, Hearst Digital Media, BuzzFeed, and A&E Network.  “Story in the Public Square” was honored with a Silver award for its 2019 episode featuring Daniel Okrent, prize-winning author of “The Guarded Gate” on the remarkable history of the bigotry that lay at the heart of the Immigration Act of 1924.  “Story in the Public Square” also won a Bronze for its 2019 episode with Dr. Mona Hanna-Attisha, author of “What the Eyes Don’t See,” a memoir of her role in exposing the water crisis in Flint, Michigan.  “Story in the Public Square” is an initiative to study, celebrate, and tell stories that matter.  Hosts Jim Ludes from the Pell Center at Salve Regina University and G. Wayne Miller of The Providence Journal sit down each week with authors, scholars, and storytellers of all kinds to make sense of the narratives shaping public life in the United States.

In announcing this year’s awards, Sabrina Dridje, Managing Director of the Telly Awards, said, “Undoubtedly, this has been an unprecedented season for our entire industry. The global impact of COVID-19 has shaken the film, video, and television industries in ways we could not have imagined.  Every year since the inaugural Telly Awards in 1979, Telly Winners have reflected the top tier of our industry, and this year, even more so,” continued Dridje.  “We are truly thrilled to recognize ’Story in the Public Square’ as a standard bearer of television excellence.”

“We are so grateful to the Telly Awards for this recognition.  From the beginning, we have known that this show works because of our guests—gifted, generous story tellers who share their remarkable talents with our audience each week,” said Ludes who also serves as Executive Director of the Pell Center at Salve Regina University.  “They and our incredible crew are the reason the Telly Awards recognized ‘Story in the Public Square,’ and we are grateful.”

“I join Jim in thanking our entire staff, our wonderful Rhode Island PBS crew, our many amazing guests, our partner “The Providence Journal,” and our public television and SiriusXM Radio audiences,” said Miller.  “A very high standard has been set for a show that began with nothing but conversations Jim and I had a few years ago, and we will do all we can to keep meeting it.”

“Story in the Public Square” airs on over 300 public television stations across the United States in 488 broadcasts each week.  Locally, the show can be seen on Rhode Island PBS on Sundays at 11 a.m. and is rebroadcast Thursdays at 7:30 p.m. An audio version of the program airs Saturdays at 8:30 a.m. & 6:30 p.m. ET, and Sundays at 4:30 a.m. 11:30 p.m. ET on SiriusXM’s popular P.O.T.U.S. (Politics of the United States), channel 124. “Story in the Public Square” is a partnership between the Pell Center at Salve Regina University and The Providence Journal.

Today’s winners announcement caps a year-long celebration of creators around the globe and across all screens. Continuing on from the inaugural Film & Video Screening Tour last season, The Telly Awards toured a selection of Telly Award winning work to London, NYC, Amsterdam and Toronto, culminating with an online event. This year also saw the continued expansion of new categories further to the awards’ recent initiative to rebuild the honors for the multi-screen era. New categories included serialized Branded Content and expanded Social Video and Immersive & Mixed Reality categories, alongside new categories honoring important work in Social Impact and Diversity & Inclusion.

Last year, The Telly Awards attracted more than 12,000 entries from top video content producers including Adult Swim, the BBC, Condé Nast, Complex Networks, Netflix, Refinery29, RadicalMedia, T Brand Studio and Ogilvy & Mather.  The Telly Awards were founded in 1979 to honor excellence in local, regional and cable television commercials with non-broadcast video and television programming added soon after. With the recent evolution and rise of digital video (web series, VR, 360 and beyond), the Telly Awards today also reflects and celebrates this exciting new era of the moving image on and offline.

The full list of the 41st Annual Telly Awards winners can be found here.