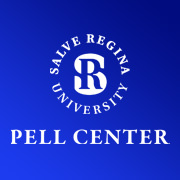 Freedom of expression came under attack once again when a radical Islamist opened fire at a free speech forum at a Copenhagen cafe, then moved on and began shooting outside a synagogue. Two people were killed in the attacks.

Swedish cartoonist, Lars Vilks, was hosting the free-speech debate when the shootings occurred. Mr. Vilks, who published a sketch in 2007 that depicted the Prophet Muhammad as a donkey, is presumed to have been a target. He was not hurt in the attack.

Authorities in Denmark suspect that the gunman, who was killed by police when he opened fire on them, may have been inspired by the January terror attack in France. The controversy between freedom of expression and religious extremists began almost a decade ago when a Danish newspaper, Jyllands-Posten, published 12 cartoons depicting the Prophet Muhammad.

Jyllands-Posten foreign editor, Flemming Rose, expained why he published those cartoons, in a blog post this week.  His response to those “adhering to a faith or ideology who insist that others with different convictions submit themselves to taboos outside sacred places”:

If a believer demands that I, as a nonbeliever, observe his taboos in the public domain, he is not asking for my respect, but for my submission, and that is incompatible with a liberal democracy.

Rose goes on to make an excellent point that should ring true in the ears of all who appreciate and hold dear the right to freedom of expression:

For me, it’s important to defend the free society against the fear society. It’s also crucial, I believe, to stand for the values of secular democracy.

Shooting at Cartoonists, Again | The Economist