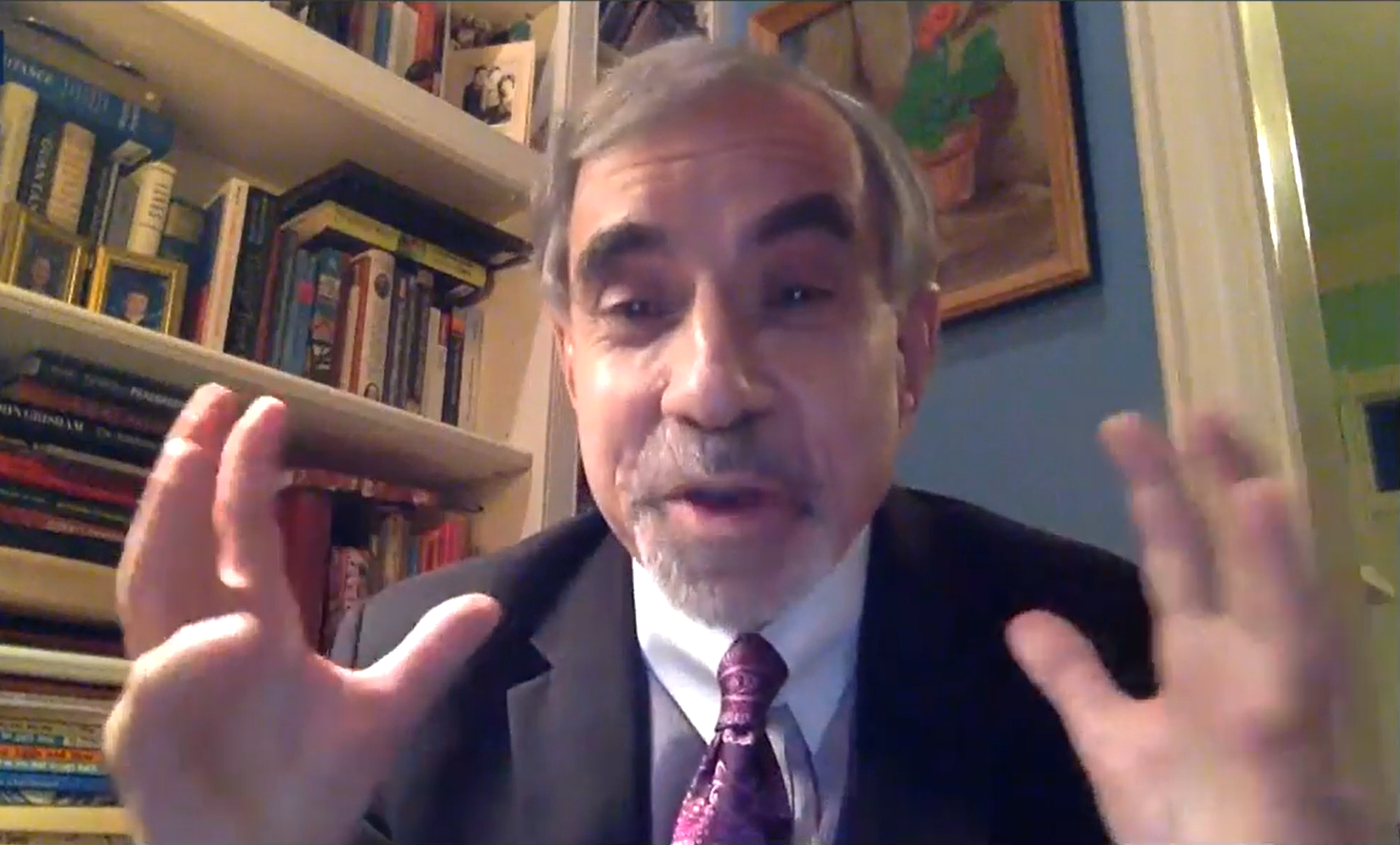 Constitution Day in the United States is held annually on September 17 to commemorate the signing of the U.S. Constitution on that same day in 1787. While it spells out much of the American government’s framework, it says very little about the exercise of foreign affairs powers. However, some of the most contentious disputes between the legislative branches of the U.S. government have centered around foreign affairs. Dr. Anthony Clark Arend met with Pell Center Executive Director Dr. Jim Ludes for a Facebook live event entitled “The Constitution and Foreign Affairs” on September 17, 2020 to explore various questions, such as “how are we to understand these foreign affairs powers?” and “can these conflicts ever be resolved?”

Dr. Arend started his lecture focusing in on a recent news headline hypothetical entitled “Allies and Former U.S. Officials Fear Trump Could Seek NATO Exit in a Second Term.” Arend believes that this could spark chaos in American politics if President Trump ends the alliance without the consultation of Congress and Senate. In 1979 however, President Carter was able to terminate the Taiwan Defense Treaty without judicial intervention.  In theory, President Trump would legally be able to pull away from NATO if President Carter was able to do it with Taiwan. This whole hypothetical is central to Arend’s argument because the Constitution and courts say little regarding foreign affairs, leaving these important decisions to the President and Congress.

Congress does have some power when it comes to dealing with foreign affairs and these include regulating commerce, defining and punishing piracy and felonies on the high sea, and declaring war. The President is left with the job to faithfully execute these them. Arend stresses that in the end, the President and Congress must collaborate on foreign affairs. With Congress’ ability to declare war and the president serving as the commander in chief of the armed forces, it begs the question: “who has the final say when it comes to dealing with foreign affairs?”

Arend has highlighted three main ideas when it comes to foreign affairs. The first being that the President’s authority has substantially grown since the end of World War II. When Congress authorized President Johnson to take necessary action to promote international peace and security in southeast Asia, they did not anticipate the resolution becoming the basis for expanding the conflict throughout the region. Presidential authority at the time authorized this act, thus being the first time Presidential authority went outside Congressional rule. Both Presidents Johnson and Nixon used the resolution to assume authority beyond Congress’s legislation.  When looking at the Cold War, Fidel Castro’s assassination attempts is another reach of Presidential power. Subsequent Presidents have continued to order covert missions that show the ever-growing power of Presidential authority.

Arend says significant technological developments have enhanced presidential authority in foreign affairs. Some of these advances include the President’s ability to launch nuclear weapons. Prior to World War II, starting a war was a length political process, but with expanded presidential authority and the control of nuclear codes, Arend believes this is no longer the case, saying the President can “obliterate the world with the snap of a finger.” Arend adds that the court has been reluctant to get involved and will leave the majority of foreign affairs dealings to the President.

Arend concludes his lecture by looking into the future of foreign affairs. He is uncertain about what will happen, but he left listeners with a quote to think about. Jackson Browne said famously that “the future’s there for anyone to change…” This resonated with Arend because he believes with each new President, actions will be different and thus, foreign powers will be executed differently. This Facebook live event, held by the Pell Center for International Relations and Public Policy at Salve Regina University, and Dr. Arend’s knowledge on the topic of foreign policy is sure to raise awareness of the true powers each sect of the government has in the United States of America.