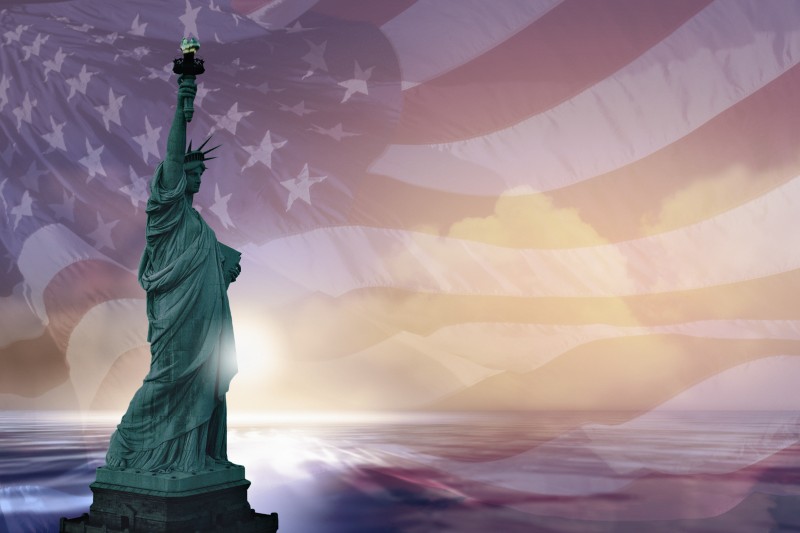 The Kremlin’s Candidate: In the 2016 Election, Putin’s propaganda network is picking sides | Politico

Donald Trump, the businessman turned Republican presidential candidate, gave his first foreign policy speech of the campaign this week, invoking the long-discredited language of “America First,” and suggesting that as president he would reconsider America’s relationship with our partners in Europe and Asia.  But he went one step further, still, when he offered a new and dangerous world view, rejecting what he called “globalism,” and questioning the value of international institutions.  Like so many of the other issues that Mr. Trump has raised in the course of his campaign, these are canards, divorced not just from reality, but from the lessons of history.  The danger is that there’s just enough truth in his words to give them credibility to a populace more likely to watch TMZ than CSPAN.

The reality is that the America First crowd disappeared in the smoke and carnage of December 7, 1941, but 75 years ago, they were also willfully ignorant of the realities of the mid-twentieth century.  The world was in crisis because great powers had put themselves first, going back to the closing days of World War I.  Then it was England and France, seeking a punitive peace, that sowed the seeds of World War II.  As John Maynard Keynes noted in The Economic Consequences of the Peace, the victors in 1918 failed to rebuild the economic system of central Europe, all but assuring some future revision of the Versailles peace accords.

Over the ensuing 20 years, the great powers all looked inward.  The U.S. Senate kept America out of the League of Nations, seeing it as a threat to American sovereignty and a needless entanglement in world affairs.  (Sound familiar?)  France—and to a lesser extent the United Kingdom—focused on their relative power with Germany, even as the policies of 1918 led to economic disaster and the rise of fascism.  Russia, ostracized as the Soviet Union, was consumed by internal challenges, while Germany, racked with weak governments and economic crises, focused internally, too, until it didn’t.  Trade policies were dominated by tariffs—taxes on imports and exports—intended to help achieve the goal of self-sufficiency.

For the generation of American leaders who fought the First World War and then weathered the inter-war years only to watch the world descend into the worst cataclysm in the planet’s history—World War II—the lessons were clear.  The United States had to be engaged in Europe and Asia.  The United States needed strong international institutions to define and enforce the rules of international behavior.  The United States wanted and sought free trade in the belief that it would level the economic playing field globally and make all who benefited from it more responsible members of the international system.

Put simply: those who created the post-Second World War system—the global system we still rely on today—created it based on the lessons of the first half of the twentieth century, the deadliest in human history.  Remember that the Second World War ended with the use of atomic weapons.  Leaders across the planet worried that another world war would be the world’s last.

That insight is critical to understanding the creation of the post-war world and, in fact, American politics, since 1945.  Dwight Eisenhower, General of the Army, had no political ambition.  But Ike was influenced to run as he watched the Republican party in 1949 and 1950 threaten to withdraw the United States from NATO and the United Nations.  There’s even one account that says Eisenhower decided to run after meeting with conservative Republican Senator Robert Taft—believed to have the inside track to the GOP’s 1952 nomination—prior to Eisenhower’s departure for Europe as the first Supreme Allied Commander of NATO.  Taft refused to reassure Eisenhower that under a Taft administration, America would remain committed to the then-new international organizations.  Eisenhower then, it’s said, knew he had to run.

The danger in Trump’s world view is that it will make sense to many Americans, tired of the perpetual conflict the United States has found itself in since September 11, 2001.  They simultaneously reject George W. Bush’s bravado and wars and Barack Obama’s indecisiveness and peacemaking.  The public doesn’t understand why the wars we fight are not fought to victory—a sentiment Trump has picked up on—and they wonder why the world seems more dangerous today than it did when Obama took office.  It was supposed to be better by now.

The 2016 campaign has a long way to go, but the bipartisan consensus on foreign policy—a consensus that seemed to be on life support a decade ago—will fade into the history books if Trump gains control of the Republican Party.  Maybe that’s the danger.  In our celebrity obsessed culture, we’ve forsaken our understanding of history, of why the United States and its allies built this international system, and the costs we’ll surely pay if it collapses. – Jim Ludes, Executive Director