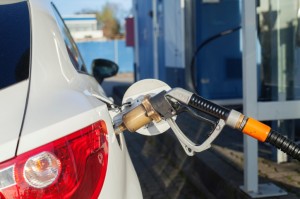 Americans are thrilled with the drop in gas prices over the last six months—I know I am.  Every time I fill my car up for $35 instead of $55, I smile.  But the drop in oil prices that underlies the drop in gasoline prices, is not without political peril for the United States.  From our own hemisphere to Eurasia, the impact of cheap oil on what once were called “States of Concern,” is varied and will shape much of the international agenda in the year ahead—assuming petroleum prices stay down.

It’s in Russia that the confluence of cheap petroleum and a leader intent on restoring past glories seems most ominous.  The Russian government is adopting austerity measures, but not for its military that remains engaged in Ukraine.  Just as troubling—if not more—is the news that Russia and the United States will stop cooperating on nuclear security issues in the former Soviet Union.  While it certainly signals an end to an historic era of cooperation between the two Cold War rivals, it also signals an end to important insights into Russia’s commitment to reducing nuclear dangers and important intelligence about the condition of Russia’s nuclear infrastructure, and also provides a clear indication of the belligerence simmering between Moscow and the West.

The question policy makers have to ask is what will Putin do in the face of domestic discontent over the condition of the Russian economy?  He could, theoretically, seek to ratchet down tensions with the West over Ukraine to seek relief from sanctions, but that seems unlikely.  More true to type would be for the Russian president to use nationalism and aggression abroad to distract the Russian people from the course he has set them on.

In that environment, U.S. policymakers will wish for every ounce of information they can learn about the security and disposition of Russia’s nuclear materials.  Unfortunately, gathering those insights just got a whole lot harder.- James Ludes, Executive Director

SOTU and the President’s Cybersecurity Proposals:

Too Far or Not Far Enough?

Technology matters typically take a back seat during the President’s annual State of the Union, which often focuses on the economy and national security. But after a year that featured the famous Internet vulnerability Heartbleed, the massive data breaches of Home Depot, Target, and J.P. Morgan, and the hack on Sony Pictures, some would say technology was front-and-center—and President Obama tried to make a case for a bipartisan effort to address cybersecurity.

“No foreign nation, no hacker, should be able to shut down our networks, steal our trade secrets, or invade the privacy of American families, especially our kids,” Obama said, prompting one of the night’s few bipartisan standing ovations. “I urge this Congress to finally pass the legislation we need to better meet the evolving threat of cyber-attacks, combat identity theft, and protect our children’s information,” he continued. “That should be a bipartisan effort,” he added, going off script briefly. “If we don’t act, we’ll leave our nation and our economy vulnerable. If we do, we can continue to protect the technologies that have unleashed untold opportunities for people around the globe.”

In an interview with The Hill, Rep. Jim Langevin (D-R.I.), co-chair of the Congressional Cybersecurity Caucus, affirmed: “I am particularly excited to see cybersecurity come center stage in the State of the Union and in the public dialogue.”

The main cybersecurity proposals President Obama sketched out during his speech or previewed in the days leading up to it include:

This last proposal tracks the recommendations recently made by the Pell Center to update and strengthen the current RI Data Security and Breach Notification Law and, in particular, to provide state companies with a specific timeframe and process to follow in the case of a data breach.

Lawmakers have tried for nearly a decade to pass comprehensive cybersecurity legislation, but previous proposals—such as the Cyber Intelligence and Sharing Protection Act of 2012—have drawn widespread and determined opposition from both Internet activists and civil liberties and privacy advocates, and were ultimately scrapped.

Despite the generally bipartisan nature of cybersecurity issues, some experts and policy-makers remain skeptical about the passage of any of the three proposals and wonder how far the President will go to convince Congress to support them. But given the scope and sophistication of the cyber attacks we have witnessed just this past year, Congress shouldn’t need much convincing!- Francesca Spidalieri, Fellow for Cyber Leadership