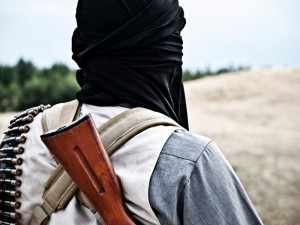 The Breaking of Will

James Clapper: We underestimated the Islamic State’s ‘will to fight’| The Washington Post

The Manual that Chillingly Foreshadows the Islamic State | The Washington Post

War is not about the killing of people, the destruction of buildings, or the disablement of machinery.  War is about the breaking of will.

To subdue the enemy without fighting is the acme of skill.

To subdue the enemy.

To break his will.

The admission last week by the Director of National Intelligence that the U.S. intelligence community underestimated ISIS’ will to fight is astonishing.  We were so wrong three months ago—it stretches credulity to think we now understand their will and their motivation and are thus adopting policies and deploying force in a way that ultimately succeeds in breaking the will of our adversaries.

The reality is that since 9/11 the United States has faced off against an ideologically inspired series of foes without once breaking their will to fight.  We’ve killed a lot of extremists—and that might work for awhile—but for all the blood that’s been shed, we have not broken the will of our adversaries to fight.

The recent threats by ISIS against the United States and its allies has set off worries about what the well-financed, well-armed, and social-media savvy militant group could do in the cyber realm.

Although ISIS has made no specific threats relating to cyber attacks, it has already proven its cyber-prowess, demonstrating a remarkably adept understanding of 21st century technology, using social media to push their message, disseminating graphic videos for both intimidation and recruitment, and exploiting the web for distribution of terrorist information and scare tactics. Their sophisticated use of the Internet for propaganda and their ability to amass significant funding—hundreds of millions of dollars, by some estimates—make ISIS a potential, and serious, cybersecurity threat.

It remains unclear whether the militant group has plans for a cyber attack anytime soon or even the technical capabilities to pull one off, but several prominent national security experts and cyber analysts warned this week that ISIS could someday threaten the United States. The fear is that ISIS will follow in the footsteps of the Syrian Electronic Army and the Iran-based Ajax Security Team to target the US and its allies, and that ISIS will advance its technology as quickly as possible.

But regardless of whether ISIS will deploy cyber-attacks to pursue their goals, the United States and its allies must strengthen their cyber defenses, because the reality is that today the battle for hearts and minds around the world is being waged in the cyber context, where the means of combat are not bombs and bullets but information and data. Efforts to use cyberspace for malicious purposes will only continue to grow in scope and sophistication as non-state actors embrace its low cost to entry and states operationalize cyber instruments as offensive weapons and tools of national power. There is no doubt that future conflicts will feature a cyber component, and we must be prepared to address that reality or risk grave harm to national security. – Francesca Spidalieri, Fellow for Cyber Leadership