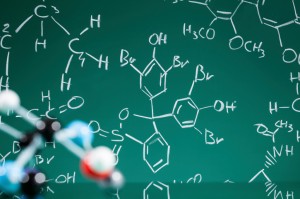 What Scientists Really Do | New York Review of Books

A current article in the New York Review of Books addresses Americans’ attitudes towards science. On one hand, we say we tend to trust and value scientific findings, and on the other hand, we’re willing to throw out scientific perspectives if they clash with other priorities such as economic interests, or if they make imperfect predictions. The author argues that it would be helpful if more people had a clearer sense of how science works: “[A]cquainting the public with the power and limits of curiosity, and how scientists are persuaded to accept new ideas in the face of accumulating evidence … could prove to be useful. It could lessen the disorienting shock when the ‘best current understanding’ of a certain phenomenon changes.” And there is plenty of evidence that Americans’ attitudes towards science are complex and need to be better understood and addressed, if we are to move forward effectively as a society. A recent blog post from the Yale Project on Climate Change Communication discusses an article showing that Americans are likely to find themselves in self-reinforcing “media echo chambers” where only a particular scientific view is expressed or given credence. When they tend towards one type of media, they hear that a particular scientific view is or isn’t credible, and also that other media sources are unreliable, and their attitudes are hardened by the resulting media “spiral”: “Overall, the findings may help to explain why the overwhelming scientific evidence that global warming is happening and caused by human activities has failed to gain traction” among consumers of media that deny this evidence. In short, while we claim to value science, we often accept or reject scientific claims based on factors that have little or nothing to do with science.- Joseph Grady, Senior Fellow for Public Policy

The Ebola alarmists: Stoking panic will not help America fight Ebola | The Economist

Since this most recent and largest outbreak of Ebola began in March, the virus has killed more than 3,800 people, according to the World Health Organization. The numbers reflect confirmed Ebola cases in Guinea, Liberia, Nigeria, Senegal, Sierra Leone and the United States. The virus is an epidemic in West Africa. Health officials agree that it will almost certainly not become an epidemic in the United States and most Americans are not at risk for contracting the virus. Yet, U.S. media coverage of Ebola is skewed, as described (and illustrated) by Vanity Fair contributor Andre’ Carrilho in a story by the Huffington Post.

In Liberia, authorities announced restrictions on media coverage of the epidemic, ostensibly to protect patient privacy (see Reuters article). But these restrictions may also stem the dissemination of important, accurate information regarding the containment and handling of the epidemic by the Liberian government. Finally, the Economist looks at Ebola alarmists who are doing more harm than good, particularly politicians playing “virus-politics” and have a voice through the media.- Carolyn Deady, Fellow for Global Challenges

Americans have been misled for a generation about the utility of force, and especially airpower.  So it will come as a shock to many that the Obama administration’s campaign against ISIS is running into challenges—specifically, the application of American airpower has not stopped the ISIS militants or their campaign in Iraq or Syria.

Evidence of the ineffectiveness of American airpower began last week when it was reported that militants had overrun another Iraqi military base.  It was underscored as CNN broadcast live a battle just over the Syrian border from Turkey pitting ISIS fighters against Kurdish militia.  Now the story reads that “Islamic State militants are threatening to overrun a key province in western Iraq” while CBS tonight reported that ISIS was active within 8 miles of the Baghdad Airport with cells already operating in Baghdad itself.

Reports continue to indicate that the Iraqi military, built and paid for with American treasure and blood over the last decade, has yet to mount an effective defense—raising profound doubts about the President’s mantra that he will not put “boots on the ground” in the region.- James Ludes, Executive Director