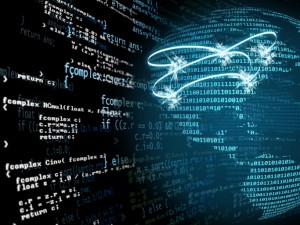 It has been easy, in recent months, to focus on what’s going wrong in the world.  Wars, terrorism, and disease compete for our attention each week.  None of them are hopeful.  But this week, events on two sides of the Atlantic give us hope.

This past week, more than 1000 Muslims formed a ring of peace around a synagogue in Oslo.  They stood hand in hand with Jews to protect those praying inside.  One of the event’s organizers, Zeeshan Abdullah, was quoted saying:

Humanity is one and we are here to demonstrate that. There are many more peace mongers than warmongers. There’s still hope for humanity, for peace and love, across religious differences and backgrounds.

There is hope for us, yet.

In Washington, DC, at the end of the week, people power took a different meaning when the Federal Communications Commission (FCC), despite withering opposition from America’s biggest Internet service providers, voted to regulate the Internet as a public utility: embracing the broadest and most ambitious calls of advocates of “net neutrality.”  It means that providers cannot throttle content nor can they offer pay-to-play fast lanes that would provide unreasonable barriers to entry for Internet start-ups.

The public played a huge role in the FCC’s decision.  During a public comment round, the New York Times reports that four million Americans made their desire for net neutrality heard—and the FCC listened.

I find myself processing these enormous events in the context of my own experience in Rhode Island.  Tuesday night, I was privileged to appear before the RI State Senate Judiciary Committee to offer testimony on a bill that would give Rhode Islanders information to protect themselves when the data they entrust to corporations or governments is breached by hackers.  More than a half-dozen lobbyists for big companies and industry associations took their turns testifying about the “onerous” and “overly-broad” provisions of the proposed legislation.  The choice became crystal clear: protect Rhode Island’s consumers or accept the status-quo that lets businesses decide when the public has a right to know about the breach of their personal information.

There were no big crowds around the RI statehouse Tuesday night.  There were not four million comments from the public to sway the Senators.  There were just lobbyists paid to make a point for their clients; lobbyists who I’m sure are also sought after for campaign contributions during election season.

I’m not naïve or Pollyannaish about the value of lobbying or even the needs of corporations and their preference for minimal regulation.  But the dearth of citizens’ voices in Providence on Tuesday night left me unsettled.  A lot of money and lot of talent was arrayed against a good bill.  The public should care about that.

F.C.C. Votes to Regulate the Internet as a Utility | The New York Times

Inspiring Images of Over 1,000 Muslims forming ‘Ring of Peace’ Around Oslo Synagogue | The Huffington Post