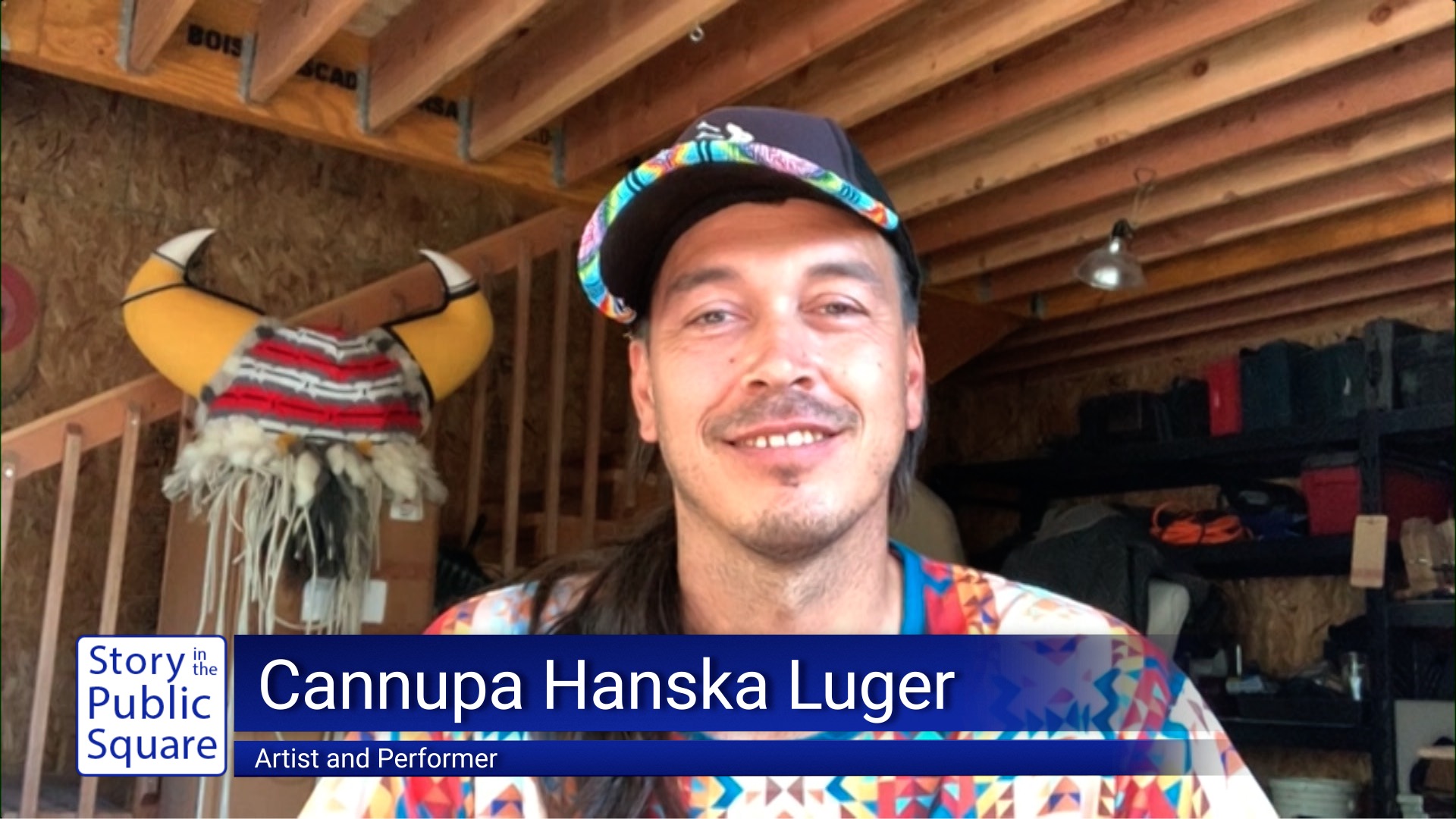 Indigenous artists often straddle a space created by white anthropologists between art and craft. Cannupa Hanska Luger grapples with that dichotomy. Creating art from tradition that, in its time, was purely practical. And seeing his own contemporary activism viewed as art when it was, in fact, protest.

Luger is a multidisciplinary artist and an enrolled member of the Three Affiliated Tribes of Fort Berthold—Mandan, Hidatsa, Arikara and Lakota.  Through installations and social collaboration, Luger communicates stories about 21st-century indigeneity with critical cultural analysis and respect for the diverse materials, environments, and communities he engages.  He lectures and produces large-scale projects around the globe and his works are in many public collections.  Luger is a 2022 Guggenheim fellow, recipient of the 2021 United States Artists Fellowship Award for Craft and was named a Grist 50 Fixer for 2021, a list which includes emerging leaders in climate, sustainability, and equity who are creating change across the nation.  He is a 2020 Creative Capital Fellow, a 2020 Smithsonian Artist Research Fellow, the recipient the 2020 A Blade Of Grass Artist Fellowship for Socially Engaged Art and the recipient of the Center For Crafts inaugural Craft Research Fund Artist Fellowship for 2020.  He is the recipient of a 2019 Joan Mitchell Foundation Painters & Sculptors Grants, a 2019 Yerba Buena Center for the Arts Honoree and the recipient of the Museum of Arts and Design’s 2018 inaugural Burke Prize.

On this episode of “Story in the Public Square,” Luger discusses his piece called “Every One,” which recognizes and represents the number of people missing and bodies found of indigenous women in Canada found with the help of the Truth and Reconciliation Acts.  He says, “[art] has always been to communicate and to share stories, to share experiences and histories.  [It] has a profound power for us to examine and understand the depths of situations, but it also creates an anchor from one cultural group to another.  And those anchors are great platforms to build bridges across.”  He adds, “having a large-scale piece that’s looking at data and allows everybody in, who experiences it, to understand the scale of that, I think has a profound effect [and] I think that affects people more than the singular number of data gathering.”