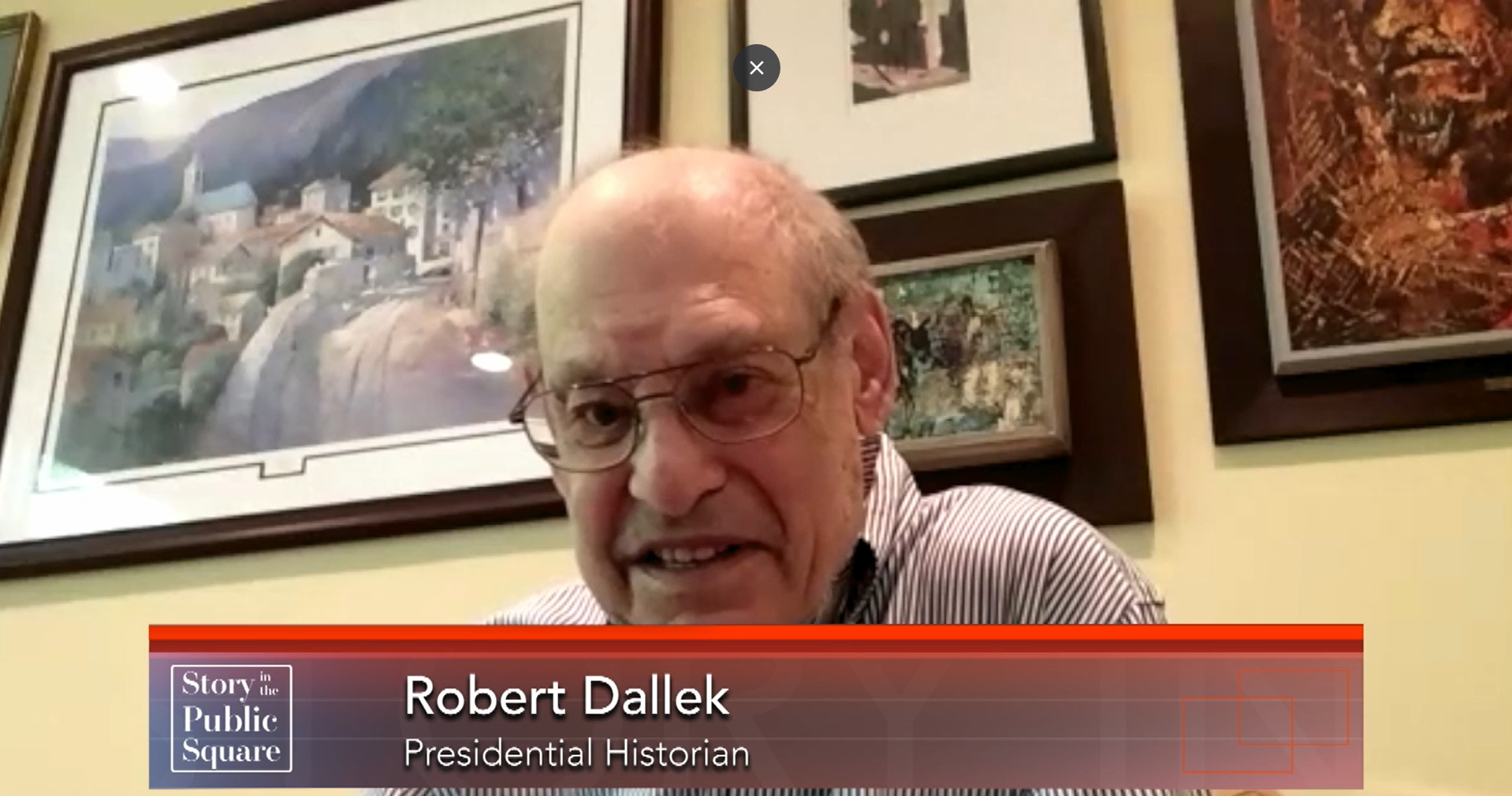 The history of the American presidency is full of accomplishments and compromises, successes and failures.  Robert Dallek argues that the giants from both parties in the last 120 years draw a sharp contrast with the characteristics of the Trump presidency.

Robert Dallek is the author of several bestselling presidential histories, including “Nixon and Kissinger: Partners in Power; An Unfinished Life: John F. Kennedy, 1917–1963,” and the classic two-volume biography of Lyndon Johnson, “Lone Star Rising” and “Flawed Giant.”  His latest book is “How Did We Get Here? From Theodore Roosevelt to Donald Trump.”  Dallek has taught at Columbia, Oxford, UCLA, Boston University, and Dartmouth, and has won the Bancroft Prize, among numerous other awards for scholarship and teaching.

On this episode of “Story in the Public Square,” Dallek describes Donald Trump’s presidential election as “a departure from what we traditionally saw in American politics,” referring to Donald Trump’s lack of prior experience with public service.  He said it prompted his exploration of past presidencies and the evolution of public sentiment that facilitated Donald Trump’s rise to the presidency.