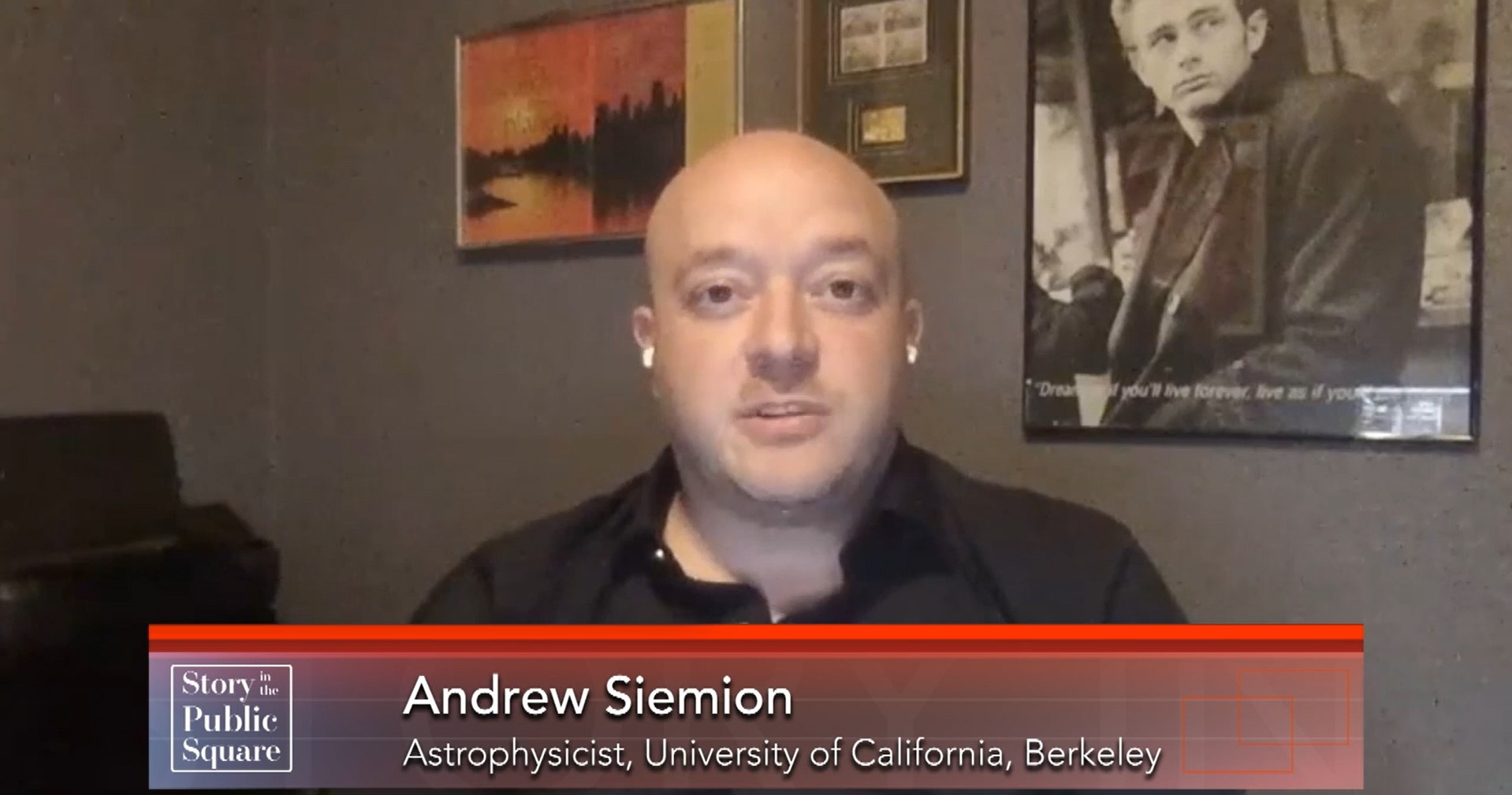 Science fiction is full of stories about communication and contact with civilizations beyond the stars.  Andrew Siemion leads a multi-national effort to scan the heavens for indications of intelligent life.

Dr. Andrew Siemion is an astrophysicist and director of the Berkeley Search for Extraterrestrial Intelligence (SETI) Research Center. His research interests include high-energy time-variable celestial phenomena, astronomical instrumentation and the search for extraterrestrial intelligence. Siemion is the Principal Investigator for the Breakthrough Listen program, the “largest ever scientific research program aimed at finding evidence of civilizations beyond Earth.” In 2018, he was named the Bernard M. Oliver Chair for SETI at the SETI Institute and was elected to the International Academy of Astronautics as a Corresponding Member for Basic Sciences. In September 2015, he testified on the current status of astrobiology to the House Committee on Science, Space, and Technology of the United States Congress. He is jointly affiliated with Radboud University Nijmegen and the University of Malta.

On this episode of “Story in the Public Square,” Seimion says there are two ways to approach the universe when looking for intelligent life. “You can approach it by projecting all of the worst parts of humanity—all of the fear and the danger and the conflict—and project those out to other civilizations that we might encounter. Or you can project the most beautiful parts of humanity—the art and the love and the comradery that also is a part of the human condition.” He imagines that if there is something potentially negative to discover beyond our Earth, it is just as possible there are beautiful things to discover too.