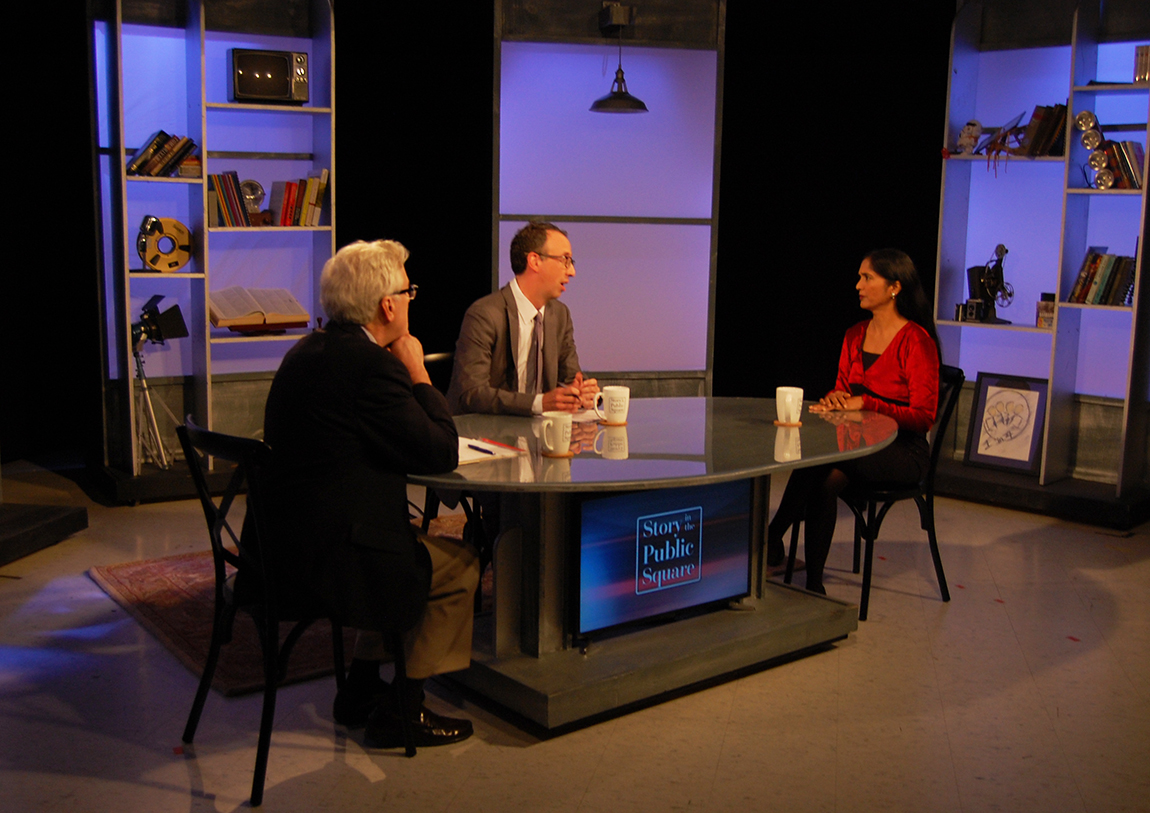 The stories we tell ourselves shape who we are, as individuals, and as a society. Padma Venkatraman is a novelist whose stories explore enduring themes about the use of violence to resist evil, the meaning of family, and tension between tradition and modernity.

Multiple award-winning author Padma Venkatraman was born in Chennai, India. She came to the U.S. at the age of 19, and became an American citizen after earning a Ph.D. in oceanography from The College of William and Mary.

Padma has worked as chief scientist on oceanographic ships, spent time under the sea, directed a school, and lived in 5 countries. Her 3 novels, A Time to Dance, Island’s End and Climbing the Stairs. Each novel received multiple starred reviews at the release, and received numerous honors and won several national and international awards. Padma gives keynote addresses, speaks on TV and radio, serves on panels, conducts workshops, has been the chief guest at international author festivals, and visits schools all over the world.

She has written several other books, including: Double Stars: The Story of Caroline Herschel (Profiles in Science); Women Mathematicians (Profiles in Mathematics); and the illustrated Growing Gold and Cleverest Thief.