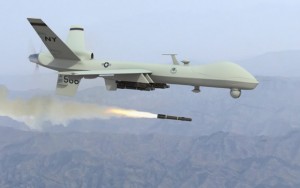 Pell Center Executive Director Dr. Jim Ludes and Ms. Kelly Mendell, President of MIKEL, a RI based defense company, published an op-ed today calling for the restoration of Congressional earmarks for defense research and development.  An excerpt is below.  The full piece is available at at RollCall.com.

A Rose by Any Other Name: It’s Time to Bring Earmarks Back to Defense R&D

In 2010, congressional Republicans campaigned in the midterm elections on a promise to end earmarks — the direction of appropriated dollars to specific projects, typically in a lawmaker’s district. Proponents of the ban championed it as a step towards fiscal discipline. In reality, the ban has come at the expense of America’s small businesses and our national security, and it coincides with an historic period of legislative inertia. It’s time to restore earmarks.

Small businesses are the lifeblood of the American economy. According to the U.S. Census Bureau, in 2011 (the last year for which data is available) there were nearly 5.7 million small businesses — a firm with fewer than 500 employees. In total, small businesses employed nearly 55 million Americans that year and paid nearly $2.2 trillion in wages — and it wasn’t a fluke. From 1993 to mid-2013, small businesses created 63 percent of the net new jobs in the United States. The truth is that the economy grows as small businesses grow.

Small businesses also play an important role in the American defense industrial base, where small, high-tech firms rapidly churn out or integrate cutting edge technology. Previously, these businesses lobbied Congress for earmarks to support investment in important, but unfunded, research and development (R&D). The resulting earmarks brought new thinkers to specific challenges with impressive results, such as the Predator drone.

The signature vehicle of American aerial strike since 9/11, the Predator began with a series of earmarks secured by Republican Reps. Buck McKeon and Jerry Lewis of Southern California. The local beneficiary of their efforts was a small, eight-person shop: General Atomics Aeronautical Systems, Inc. The firm is now one of the world’s leading developers of drones and employs thousands of workers. . . .