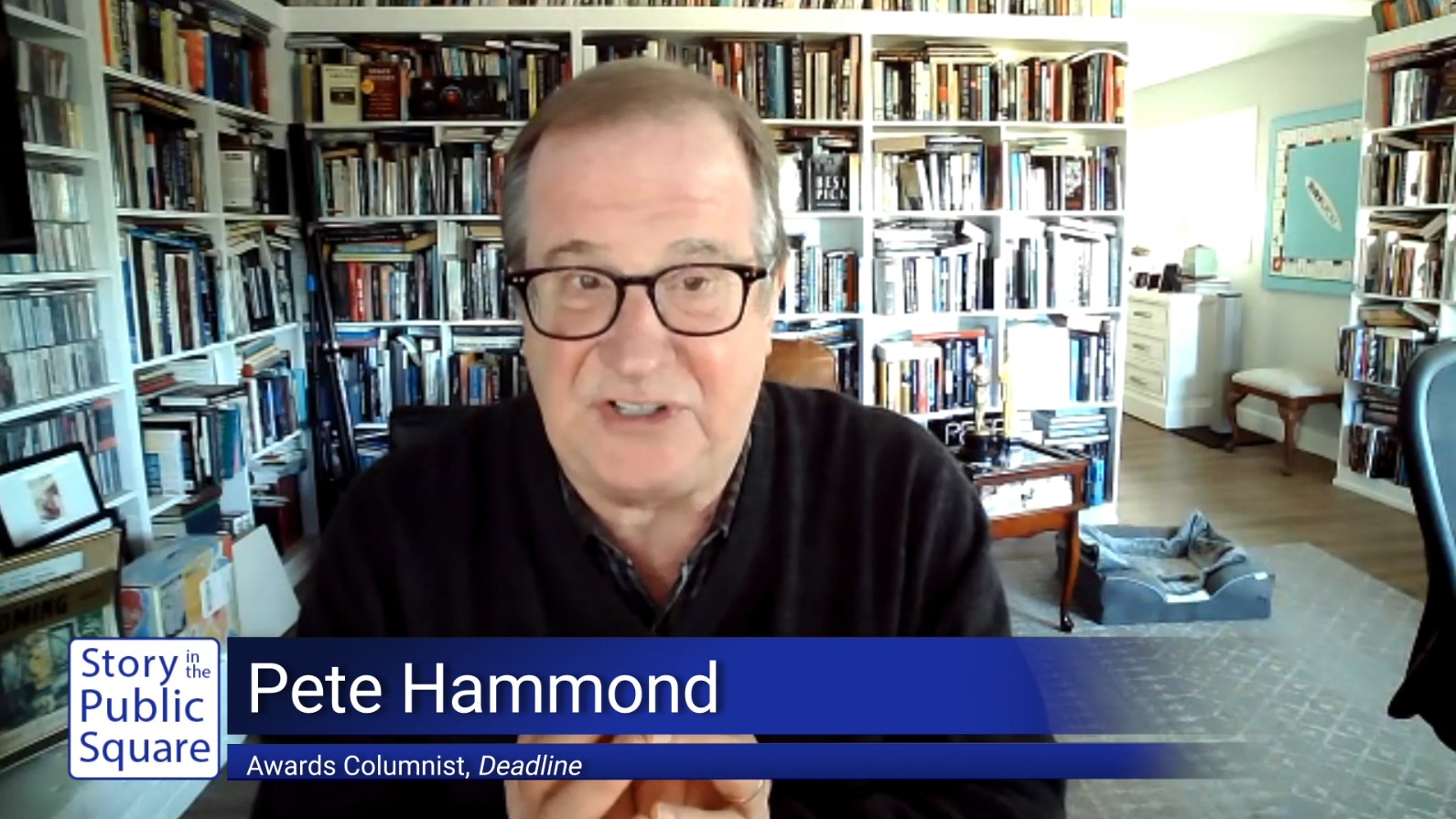 The 2022 Academy Award nominations are out.  Pete Hammond says they celebrate a remarkable array of films exploring topics as diverse as toxic masculinity and environmental catastrophe.

Hammond is widely considered to be one of the preeminent awards analysts for both film and television and is the Chief Film Critic for Deadline Hollywood, where he has also been the Awards Columnist, covering the Oscar and Emmy seasons for the past seven years.  For the past eight years, he has been Awards Editor and Columnist for Deadline and previously covered a similar column for the Los Angeles Times.  He has also served as a frequent contributor to Variety and as a film critic for Boxoffice magazine, Backstage magazine, Maxim magazine and Movieline.  He is in his eighteenth year as host of the “KCET Cinema Series” in Los Angeles, and UCLA extension’s “Sneak Preview” for the past eleven years.  He also hosts the TV series, “Must See Movies,” which showcases classic films every Friday night and Saturday afternoon on KCET.  He is the recipient of five Emmy nominations for his television writing and is the winner of the 1996 Publicists Guild of America’s Press Award.  He is the second journalist in the organization’s 50-year history to receive the award twice, winning again in 2013.  He also served on the Board of Governors for the Academy of Television Arts & Sciences representing writers for six years.

On this episode of “Story in the Public Square,” Hammond discusses this year’s Oscar-nominated films and the state of Hollywood and the film industry after two years of the pandemic.