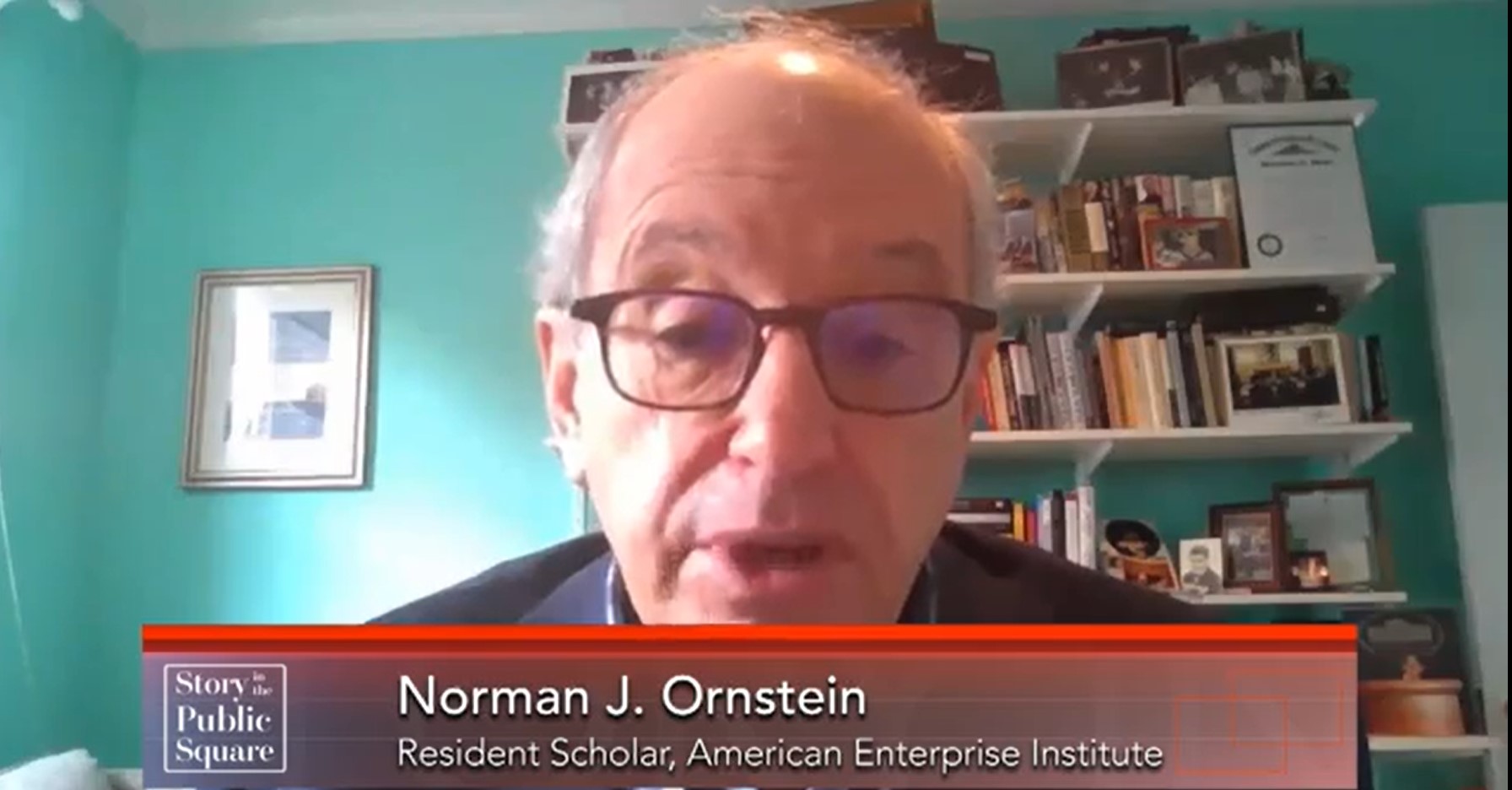 A lot of people believe our politics are broken.  Dr. Norman Ornstein says the fault lies squarely with one political party—and will likely shape the course of the Biden administration.

Ornstein is a resident scholar at the American Enterprise Institute (AEI), where he studies politics, elections, and the U.S. Congress.  He is a cohost of AEI’s “Election Watch” series, a contributing editor and columnist for National Journal and The Atlantic, a BBC News election analyst, and the chairman of the Campaign Legal Center.  He previously served as codirector of the AEI-Brookings Election Reform Project and senior counselor to the Continuity of Government Commission.  A longtime observer and analyst of American politics and the U.S. Congress, he has been involved in political reform for decades, particularly campaign finance reform and the reform of Senate committees. He has also played a part in creating the Congressional Office of Compliance and the House Office of Congressional Ethics.  Ornstein was elected fellow of the American Academy of Arts and Sciences in 2004.  He is the author of “One Nation After Trump: A Guide for the Perplexed, the Disillusioned, the Desperate, and the Not-Yet Deported,” with E. J. Dionne and Thomas E. Mann, “It’s Even Worse Than It Looks: How the American Constitutional System Collided with the New Politics of Extremism;” “The Broken Branch: How Congress Is Failing America and How to Get It Back on Track,” with Thomas E. Mann and “The Permanent Campaign and Its Future.”

On this episode of “Story in the Public Square,” Ornstein addresses the roots of the dysfunction that currently pervades American politics, saying “…the erosion of the fundamental norms of governance” is largely to blame.  He says, “you can have a constitution, you can have laws, you can have rules, but it’s almost like you have an exoskeleton and the norms are the cartilage and the ligaments that keep it all together. If you don’t have those, the skeleton collapses and we’ve seen this erosion of norms and I would say much of it proceeded Donald Trump.”