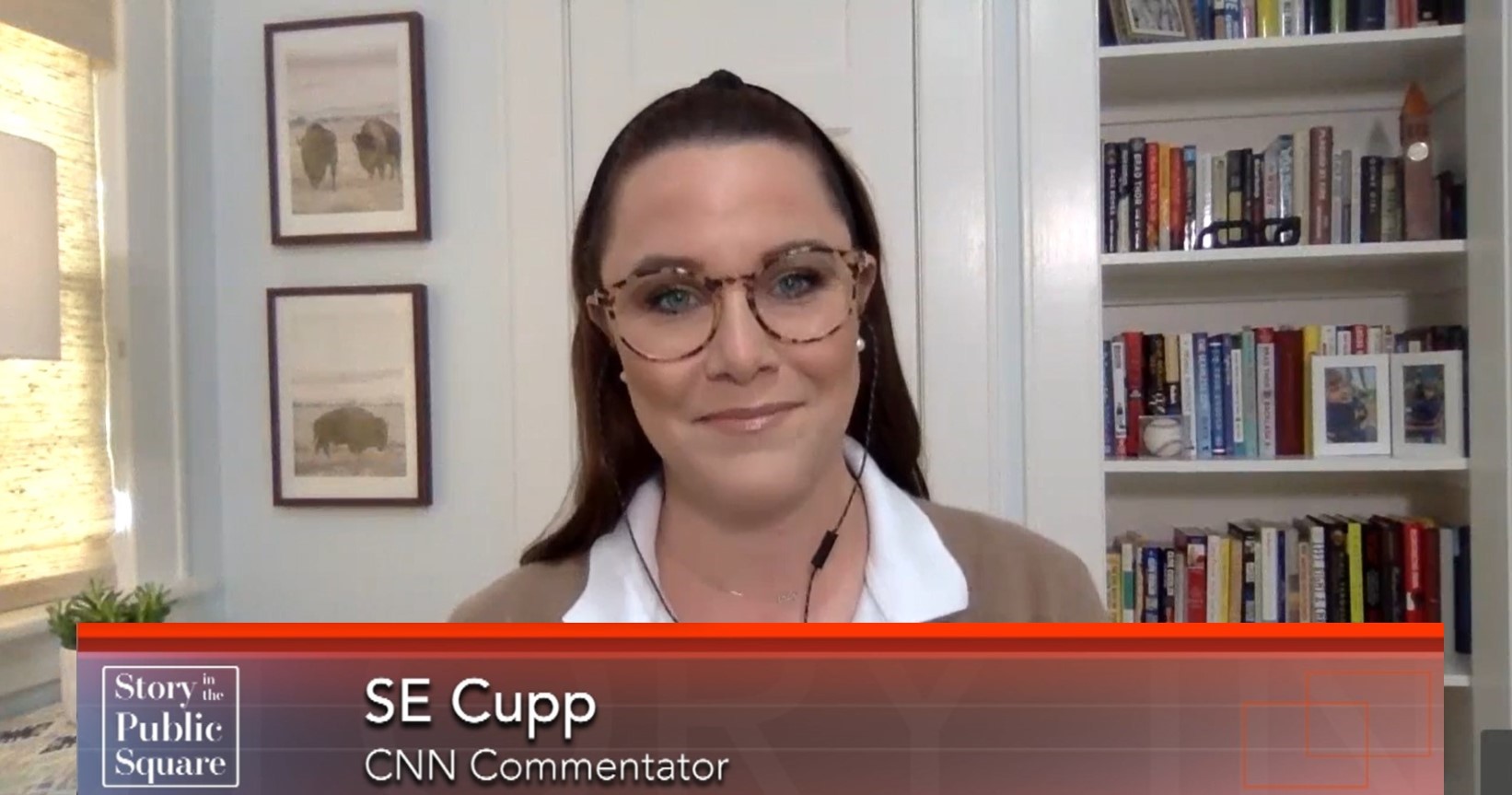 In the first months of the Biden administration, we’ve seen an intentional effort by the new president to return the country’s politics to some sense of “normal.” S.E. Cupp is a conservative voice who yearns for a return to substance in American politics.

Cupp is a CNN political commentator and practical conservative who brings her distinct outlook to CNN programming and special political coverage. She most recently hosted CNN’s “S.E. Cupp Unfiltered,” a weekly program covering the intersection of politics and media. She previously led a panel-driven show on HLN that debated contemporary issues impacting American public life. She joined CNN as a contributor in 2013 and HLN as a host in 2017. Cupp also hosted “S.E. Cupp’s Outside With Insiders,” a digital series on CNN.com where she took political insiders to the great outdoors. Guests on the show included Gov. Scott Walker (R-WI) and Rep. Mark Sanford (R-SC) among others. From 2013 to 2014, Cupp co-hosted “Crossfire” on CNN, the relaunched political debate program with panelists Newt Gingrich, Stephanie Cutter and Van Jones. Before joining CNN as a host and political commentator, Cupp co-hosted MSNBC’s roundtable show, “The Cycle.”

On this episode of “Story in the Public Square,” S.E. Cupp describes the corrosive division that has seeped into American politics today.  Addressing politicians’ keenness to perpetuate political divisions, she says, “it is more profitable to leave problems unsolved because when you solve them, you can’t run on them, you can’t fundraise off of them, you can’t stoke fear…”  She adds this trend has left people “deeply disillusioned with politics.”