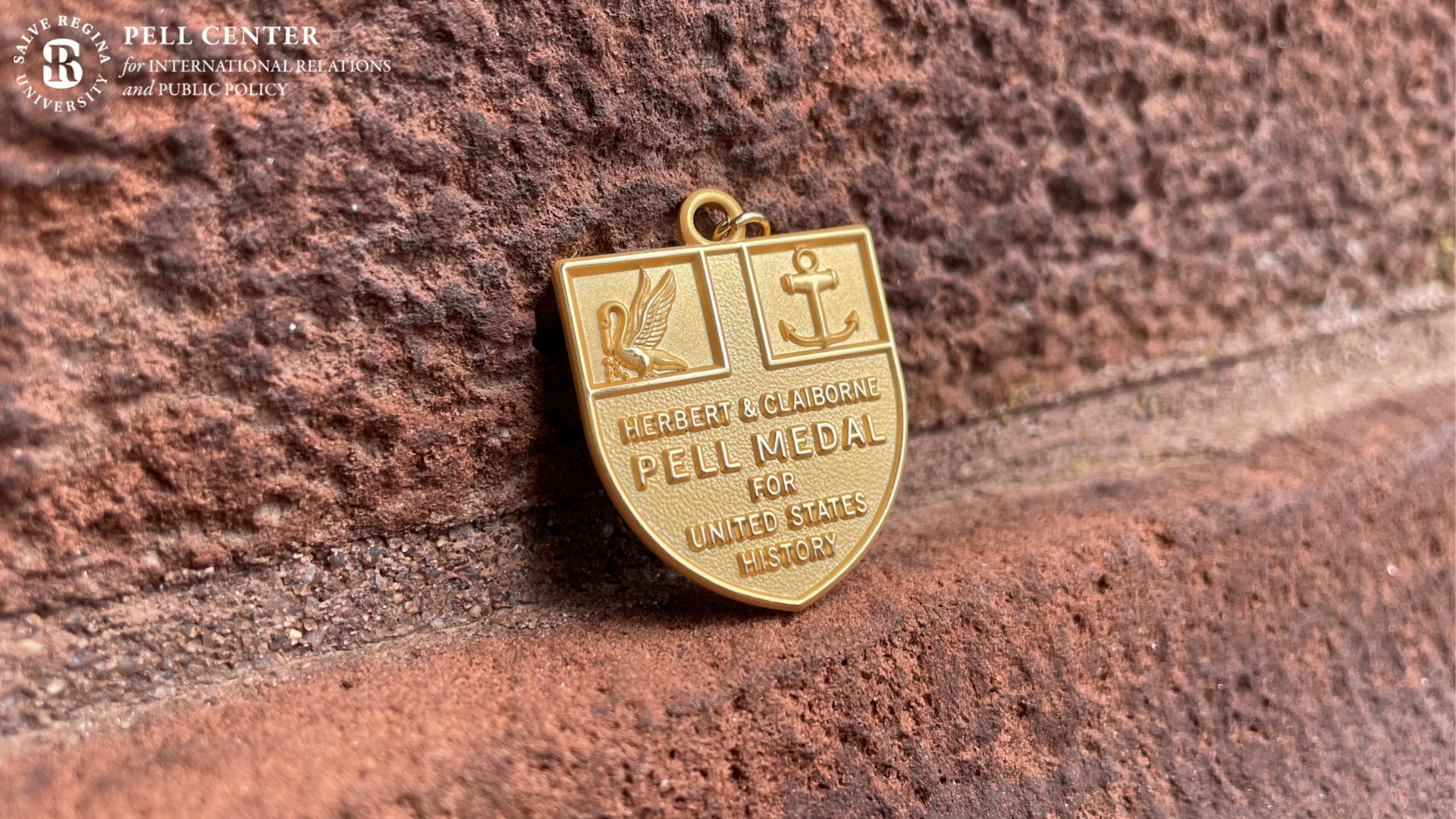 Newport, R.I. — Sixty-two students from across Rhode Island have earned the Herbert and Claiborne Pell Medal for U.S. History this year.  Originally presented by Senator Claiborne Pell and his wife Nuala Pell, the award recognizes college and high school students in the state who have excelled in U.S. History.

Established by the Pell family, the Pell Medal is named for Representative Herbert C. Pell and his son, Senator Claiborne Pell.  Herbert Pell served as a member of Congress and American Minister to Portugal and Hungary, while Claiborne Pell, who is responsible for the creation of the Pell Grants and the National Endowment for the Humanities, served in the Senate for 36 years and worked to strengthen American foreign policy.  The medal, which features a pelican on the left side and an anchor on the right, symbolizes the Pell family and the state of Rhode Island.  The Pell Center at Salve Regina University is proud to honor outstanding students of American history in Rhode Island.

The winners of the 2022 Herbert and Claiborne Pell Medal for excellence in the study of U.S. History are: