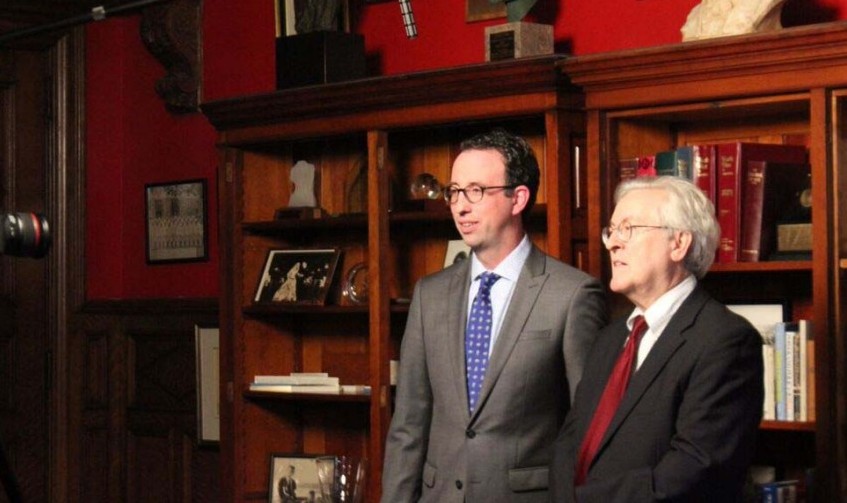 Newport, R.I. – The resurgence of racial tension across the United States and the explosion of nativism in American politics have been named the Pell Center National Story of the Year. These often-intertwined narratives dominated headlines and the public discourse during much of 2015, a year that saw the country still grappling with issues of identity, race and religion that predate the founding of the republic.

From the police shooting of Walter Scott, an unarmed black man, early in the year, to the turmoil in Chicago during the waning weeks of 2015, the relationship between African-American citizens and local law enforcement was continually in the news. The warm-weather months were punctuated with the murder of African American churchgoers in Charleston, South Carolina, by an avowed white supremacist intent on starting a race war.

On the campaign trail, candidates employed demagoguery and race-baiting before an explosion of nativism reached a fever pitch with the call by Republican presidential candidate Donald Trump to ban members of an entire religion, Islam, from entry into the United States. He and others had already called for a halt in Syrian refugee resettlement.

Collectively, these episodes tell a story about contemporary America in which all are not equal — and fear and xenophobia motivate some residents to call for radical measures.

“These narratives have a long precedent in American history,” said Jim Ludes, Pell Center Executive Director. “The U.S. constitution originally enshrined slavery and denied women the right to vote. For 190 years, African Americans were denied equality under the law.”

“And yet, this year feels different – louder, angrier, and more intense than in many years,” added G. Wayne Miller, visiting fellow, director of Story in the Public Square, and Providence Journal staff writer. “Domestic events such as the San Bernadino shootings and events overseas, including  the Paris attacks and the rise of ISIS, have further stoked emotions. One wonders what the temperature will be in 2016, when voters elect a new president and many other federal and local office-holders.”

The Pell Center selects a National Story of the Year each December as part of its Story in the Public Square initiative — a partnership between the Pell Center at Salve Regina University and The Providence Journal to study, celebrate, and tell stories that matter.